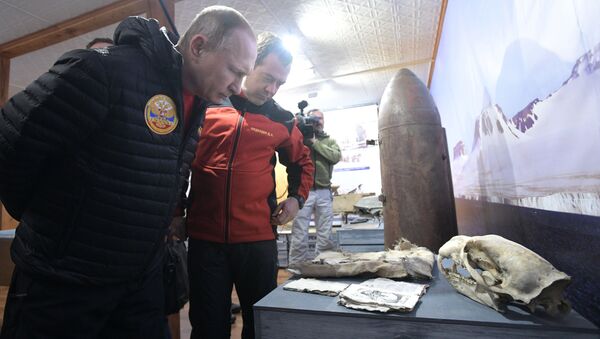 The politicians have been reviewing the results of a seven-year-long campaign to clean up the archipelago, which has been accumulating washed-up garbage for years. 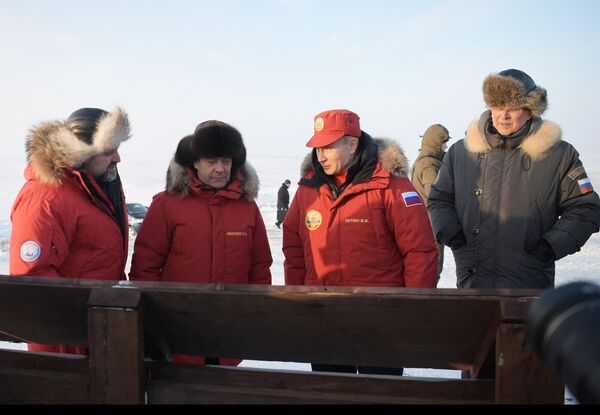 Putin and Medvedev could assess the results of the campaign personally. Despite harsh weather conditions — minus 27 degrees Celsius and strong wind — the politicians climbed to a special viewing platform, from which they saw the Arctic Ocean and an absolutely clean zone, which had been covered with garbage some time ago.

Russia Open for Constructive Cooperation on Arctic-Related Issues - Putin
The Russian president noted that the program was implemented thanks to efforts by the Russian government, while Medvedev agreed with him saying that the government "regularly allocated funds for all activities." The total costs of the program reached 2.5 billion rubles.

Vladimir Putin and Dmitry Medvedev also visited the "Russian Arctic" museum at the Russian Arctic National Park on Alexandra Island, which is a part of the Franz Josef Land archipelago.

During the excursion, the director of the museum, Alexander Kirilov, told the guests about the habits of animals living on the archipelago, including polar bears and walruses, and also showed them several archaeological objects. 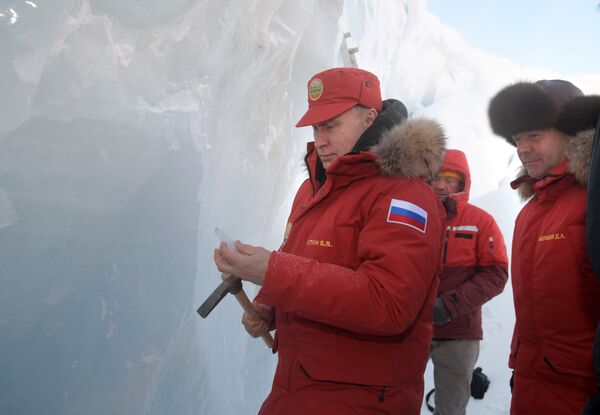 During the trip of the delegation to an ice cave located on the island, Russian President Vladimir Putin personally chopped several fragments from the glacier and handed them over to experts accompanying his trip.

The scientists explained to the Russian president how they use the ice to analyze the composition of the atmosphere, including increases in carbon dioxide levels, which lead to the greenhouse effect.