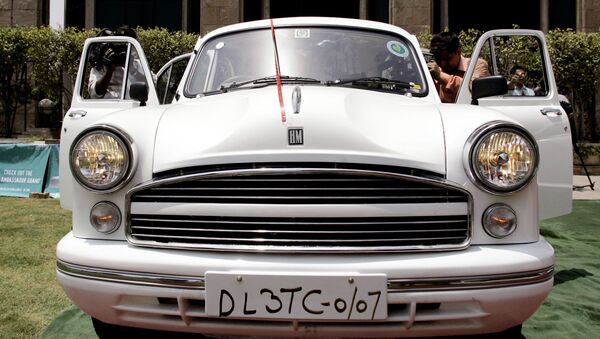 The Indian Supreme Court has banned the sale of vehicles compliant with Bharat Stage-III, equivalent to Euro-III emission norms, beyond March 31 anywhere in the country. The order makes it mandatory for vehicle manufacturers to sell only Bharat Stage-IV compliant vehicles from April 1.

NEW DELHI (Sputnik) — The move is being hailed as a major crackdown on carbon-emitting vehicles while the manufacturers have been left in shock at the amount of unsold Bharat Stage-III compliant vehicles in all categories.

In 2015, the Indian road transport and highways ministry had made it mandatory for manufacturers to switch to Euro-IV norms from April 1 by a notification, but didn't say whether the sale of BS-III inventory would be allowed

The Indian court observed that the health of the people is "far, far more important than commercial interests of the vehicle manufacturers that claimed that 824,275 vehicles compliant with Euro-III emission norms are unsold". As per industry estimates, the decision impacts vehicles worth $3 billion.

"Manufacturers of such vehicles were fully aware that eventually from April 1, 2017, they would be required to manufacture only BS-IV compliant vehicles but for reasons that are not clear, they chose to sit back and declined to take sufficient proactive steps," the Supreme Court observed.

"Auto industry has been ready with Euro-IV manufacturing since 2010.  However, the sale of Euro-IV vehicles was not possible nationwide, due to lack of Euro-IV standard fuel.  Running a Euro-IV vehicle with Euro-III fuel can cause severe problems to some vehicles," Dasari said.

Industry warns this sudden decision will causes undue stress on the entire industry, and lead to loss of jobs.  "The auto industry, anywhere in the world, requires a stable and predictable policy which allows for long-term planning and investment," Dasari said.

Environmental activists welcomed the decision of the Supreme Court.

"This is a significant step forward as this gives the message and the lesson that the automobile industry will have to walk the extra mile to address the expansive concern around public health and not weigh down the transition by taking a very narrow technical view," said Anumita Roychowdhury, executive director, Centre for Science and Environment.

It is estimated that the transition from BS-III to BS-IV can lead to the reduction of 80 percent in emission from new trucks and from cars by half. Similarly, hydrocarbon and nitrogen oxide emissions can be reduced by 41-80 percent.

According to government data, approximately 20 million vehicles are annually registered in India.