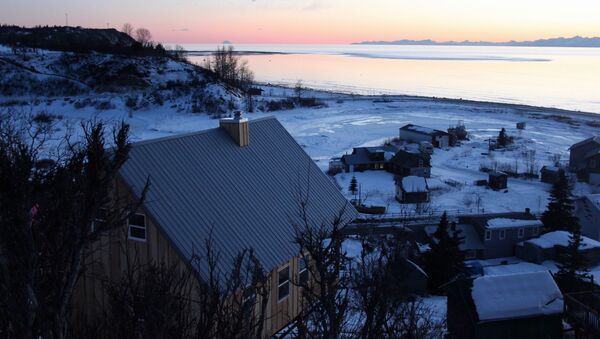 The US state of Alaska and Russia have opportunities to develop good relations, US Senator Lisa Murkowski, who represents the state, told reporters on Thursday on the sidelines of an event commemorating the anniversary of the Alaska Purchase at the National Press Club.

WASHINGTON (Sputnik) — Thursday, March 30, marks the 150th anniversary of Russia's transfer of ownership of Alaska to the United States in the 1867 Treaty of Cession, a sesquicentennial history that began at a time when the territory was dotted by Russian settlements.

“I think we have an opportunity in Alaska to lead on friendship and good relationship with Russia,” Murkowski said.

Murkowski explained that the US state and Russia have family relationships between the Alaska natives on the Seward Peninsula with families “remained on the other side.”

'People of Alaska': Does the US State Preserve Russian Traditions? (PHOTOS)
“It wasn’t too many years ago when we actually had what we called friendship flights which were charter aircraft that went between Noam and Providenya,” Murkowski noted. “It was an opportunity for families to visit one another. That’s an important part of our history that has been limited. There are still opportunities to cross but the issues with visas have become more complicated.”

The Senator, who is actively engaged in the Arctic initiative, pointed out that while there is inter-parliamentary cooperation on the Arctic issues between the two countries, this collaboration can be expanded.

“But it takes an effort. Politically we know that we have some challenges right now with Russia, but I do think that we have opportunities in a space most notably in the Arctic space to develop better ties and better means of open communication,” Murkowski concluded.

Alaska Purchase Myths Obscure Political Realities of 1867
In Alaska, the official holiday, known as Seward’s Day, is celebrated on March 30, the day the transfer agreement was signed. The holiday is observed on the last Monday of March.

On October 18, 1867, Russian colonies in North America covering an area of 1,519 thousand square kilometers (586.5 square miles) were ceded to the United States under the treaty.

The ceremony of official transfer in October 1867 was held in Novoarkhangelsk (now Sitka), the capital of the Russian colonies in North America, and included an artillery salute and a joint military parade, following which the Russian flag was lowered and the US flag was raised.