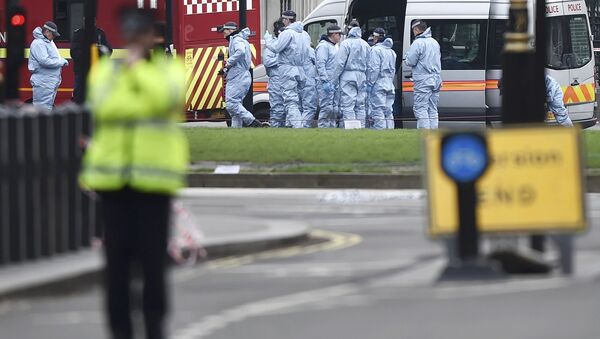 © REUTERS / Hannah McKay
Subscribe
The terrorist act committed on March 22 in London by a former Christian Adrian Elms (Khalid Masood) still remains a mystery. What urged the native-born British citizen to convert to Islam, move to the Middle East, and later commit a mass murder in his own country?

London Terror Attack: Is This The New Normal?
Statistics show that about 20 percent of the members of terrorist organizations in Europe were brought up in another faith. Former Christians and atheists go to war in Syria, provide financial and logistical assistance to terrorists, and become criminals themselves.

In 2014, the French L'Express newspaper published intelligence data, according to which 23 percent of jihadists were Christians who converted to Islam in adulthood. Among the most notorious names are Maxime Hauchard and Michael Dos Santos, who executed an American hostage, Peter Kassig.

The alarming trend is: former Christians and atheists who converted to Islam have been involved in all the terrorist acts of the 21st century in the West — starting with the 9/11 attacks.

UK Police Make One More Arrest After London Attack
The investigation into the latest terrorist attack in London is still underway, but it remains unclear when Elms (Masood) decided to convert to Islam, practicing the ultra-conservative branch of Salafism.

The newspaper Blic claims that the son of a single mother from Kent county took part in the Muslim "holy war" against the Serbs in Bosnia in the early 1990s. However, according to the British Express, in the late 1990s, the future terrorist experienced serious problems with alcohol and was imprisoned when he attacked a visitor in a bar while drunk.

Der Stern magazine argued that he started showing interest in radical Islam while in prison, however his trip to the Middle East and the life there appeared to be a decisive factor behind his conversion.

In Saudi Arabia, where terrorist acts occur relatively rarely, Masood did not establish ties with any radical groups, but he absorbed the Islamic doctrine in its most irreconcilable interpretation.

According to Sky News, when he returned to his homeland, Masood became "incredibly religious." On Fridays, the man refused to receive guests, because he spent the whole day praying. In disputes over religion, the terrorist quickly "lost control over himself, arguing that there is no better religion than Islam."

However, in the Muslim community of the United Kingdom, it is believed that Masood's inherent craving for violence, and not the religion, influenced his life choice.

"The offender was a radical Christian before becoming a Muslim," said Baroness Sayeeda Warsi, a member of the House of Lords.

Russia Should Be Europe's Partner to Fight Terrorism - French Candidate Fillon
However, the reference to his traits of character as a decisive motive behind his actions is not viewed as convincing by some experts.

"We, apparently, will never understand why he did it," a police representative commented on the recent terrorist act.

On Wednesday, Masood drove at people with a car in London and then tried to enter the Palace of Westminster armed with a knife, before being shot down by the police. Due to the incident, four people, including a police officer and the attacker, were killed and 40 others were injured.