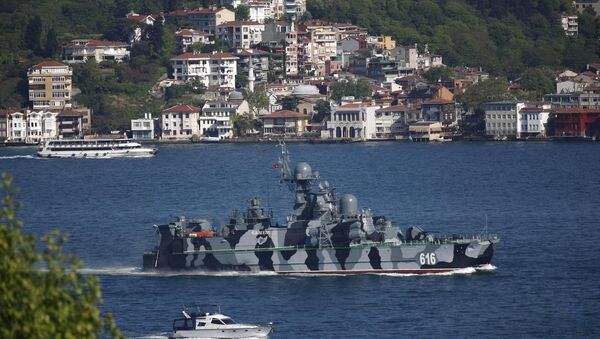 The warship also held anti-aircraft missile and artillery systems firings against air and surface targets in accordance with the drills plan. The Su-24M attack and Be-200 amphibious aircraft were involved in separate episodes of the drills.

"In accordance with the combat training plan, missile ships and boats of the Black Sea Fleet have started to implement the 'course task,' during which the crews are confirming their readiness to perform missions at the sea by a single ship. The crews have already completed the organization of parking on an unsafe roadstead and held air defense exercises," Capt. 1st Rank Vyacheslav Trukhachyov told reporters.