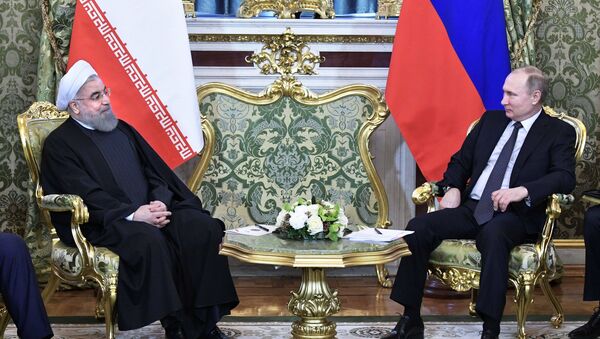 Russia and Iran support turning the Middle East into a region free of nuclear weapons, the presidents of the two countries said in a joint statement Tuesday.

Korea to Become Nuclear-Free State if Reunified – South Korean Minister
MOSCOW (Sputnik) – According to the statement, Moscow and Tehran believe that the Treaty on the Non-Proliferation of Nuclear Weapons is the cornerstone of non-proliferation of nuclear arms and a basis to step up efforts for nuclear disarmament and the use of nuclear energy for peaceful purposes.

"Russia and Iran, supporting the idea of turning the Middle East into a region free of nuclear weapons, confirmed that the resolution on the Middle East, adopted in 1995 at the conference on consideration and extension of this treaty will be in force until its aims have been reached," the statement read.