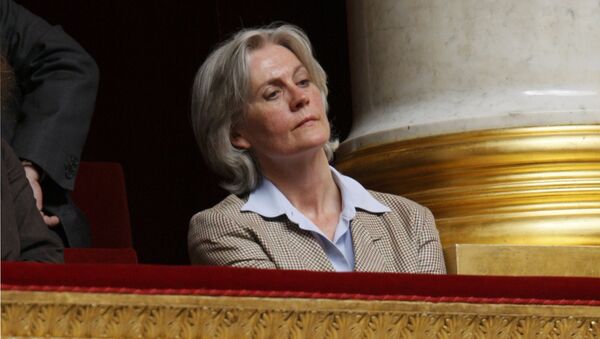 French The Republicans' presidential candidate Francois Fillon's wife was placed under the formal investigation on Tuesday over allegations that she was paid huge sums of money for a fake job, local media reported.

'Stink Bomb Season': French Media Ramps Up Campaign Against Fillon
MOSCOW (Sputnik) — According to the BFMTV broadcaster, Penelope Fillon was placed under investigation on suspicion of complicity in diversion of public funds.

The scandal surrounding Fillon broke out January when allegations of his wife being fraudulently employed as his parliamentary assistant came to light. Earlier in March, Fillon was summoned before the investigating magistrate, where he reiterated via a written statement that his wife's job was in fact real.

French presidential election will take place on April 23, with the run-off scheduled for May 7.