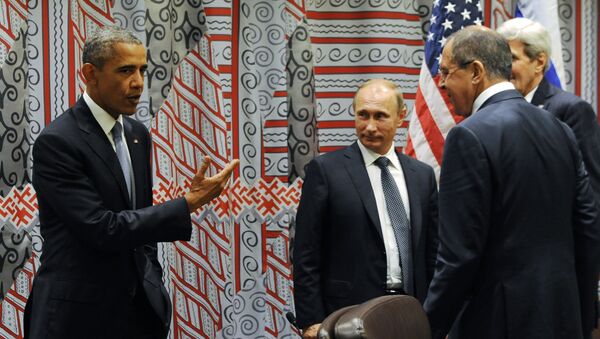 The US decision to impose new sanctions against Russian entities was made during the final days of President Barack Obama’s administration, a Department of State official told Sputnik.

"These determinations to sanction this group of individuals and entities were made by the State Department on January 17, 2017… and subsequently reviewed by the incoming administration prior to transmission to Congress," the official stated on Monday.

Pace of 'Apprehensions' at US Border More Than Triples During Trump Presidency
The official noted that the sanctions decisions were then delivered to Congress on March 21 as part of a report related to violations of the US Iran, North Korea, and Syria Nonproliferation Act (INKSNA).