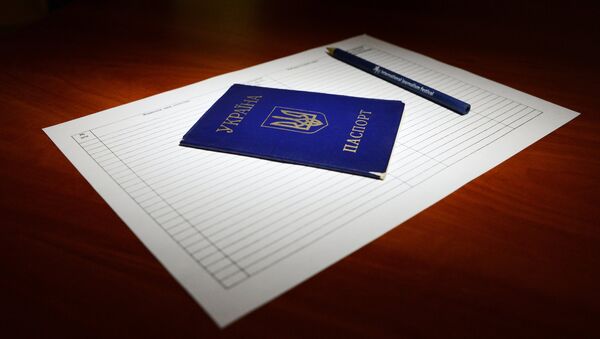 Ukrainian President Petro Poroshenko has proposed a bill to parliament which would ban dual citizenship, something already illegal under Ukrainian law. But as Ukrainian political observers point out, the only thing the bill threatens to do is cause chaos and the further breakup of Ukraine's fragile statehood.

Symbolic End: Missile Cruiser 'Ukraine' Being Sold Off for Scrap Metal
Earlier this month, Ukrainian President Petro Poroshenko put forward a bill in the Rada, Ukraine's parliament, which if passed would institute harsh penalties, including the loss of Ukrainian citizenship, for any Ukrainian who is discovered to have citizenship in two or more countries.

However, in the chaos following the collapse of the Soviet Union, which has plagued Ukraine into the present in the form of repeated color revolutions, anywhere from several hundred thousand to several million Ukrainians are estimated to hold dual citizenship, and simply failing to report it to the authorities.

Compounding the situation is the fact that that many high-profile businessmen, lawmakers and even government ministers openly flaunt the country's citizenship laws.

For example, disgraced State Fiscal Service of Ukraine head Roman Nasirov has been revealed to have not just dual, but triple citizenship (in Ukraine, Hungary and the UK). Ex-finance minister Natalia Jaresko, the US-born Ukrainian investment banker who helped send Ukraine's economy into a tailspin in 2015, has refused to give up her American citizenship during the two year grace period. Former Minister of Economic Development Aivaras Abromavicius, ex-deputy Minister of Internal Affairs Eka Zguladze, and a host of other servants brought in from abroad after the 2014 Maidan coup d'état have also refused to give up their Lithuanian, Georgian and other passports.

Finance Minister Who Oversaw Collapse of Ukraine's GDP Hoped to Save Puerto Rico
According to estimates by Ukrainian media and politicians, between 102 and 150 of the Rada's 450 lawmakers also hold dual, triple, quadruple or even quintuple citizenship. With this in mind, it's unclear how actively parliament will support the president's hardline stance.

Notwithstanding the Ukrainian political elite's flaunting of its own laws, many ordinary Ukrainians would be hit similarly hard by the amended citizenship law. According to independent Ukrainian journalist Denis Gaevsky, if the amendments are passed, entire regions of Ukraine would be threatened with serious social and economic shocks, accelerating the country's breakup.

Firstly, Gaevsky recalled, there are the southwestern regions of Zakarpattia and Chernivtsi, bordering on Hungary and Romania, respectively. According to some sources, up to 150,000 people in these regions have received passports from the neighboring countries. And the tensions surrounding the Hungarian minority are continuing to mount. Last week, the Ukrainian Foreign Ministry summoned the Hungarian ambassador over statements in support of ethnic-Hungarian autonomies abroad, something Kiev has firmly opposed. 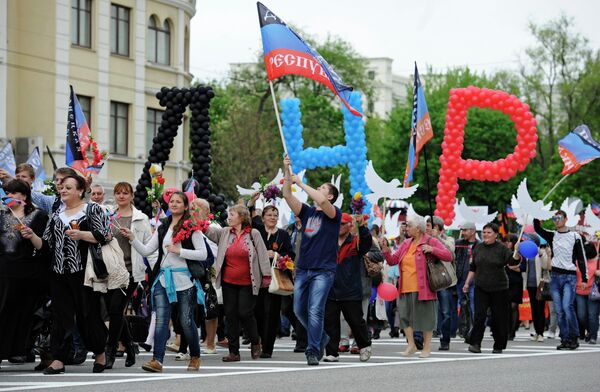 Second, there are the residents of the breakaway Donetsk and Lugansk People's Republics in the country's east, which made a push to break off from Kiev amid the chaos which followed the February 2014 coup. Upwards of 3.3 million people are estimated to live in the breakaways; local authorities have created their own passports and other ID documents, which Russia recently recognized on a temporary basis. If Ukrainian lawmakers approved the amendments to the citizenship law, Kiev will guarantee that the Donbass will never return.

Poland 'May Set Up Protectorates' to Guard Against Flood of Ukrainian Migrants
Finally, there are the estimated 170,000 Ukrainians which Ukraine's Foreign Ministry calculates have received Russian citizenship between 2014 and 2016, presumably without renouncing their Ukrainian citizenship (Russia allows dual citizenship). And that's not counting the 2.2 million residents of Crimea who voted to join Russia in the March 2014 referendum on the peninsula's status.

In the case of the residents of the Donbass, Gaevsky stressed the amended citizenship law would effectively risk turning them into stateless persons, since the Russian recognition of the republics' passports is temporary, and neither territory has formal recognition abroad.

"And there's no point appealing to Kiev's status as a signatory to the UN Convention Relating to the Status of Stateless Persons," the journalist lamented, since Kiev "has been violating all possible national and international legal norms for years now."

The decision would also have the effect of cutting off all legally-mandated social assistance from Kiev to Donbass' residents, many of whom haven't received pensions and other social benefits for years anyway. 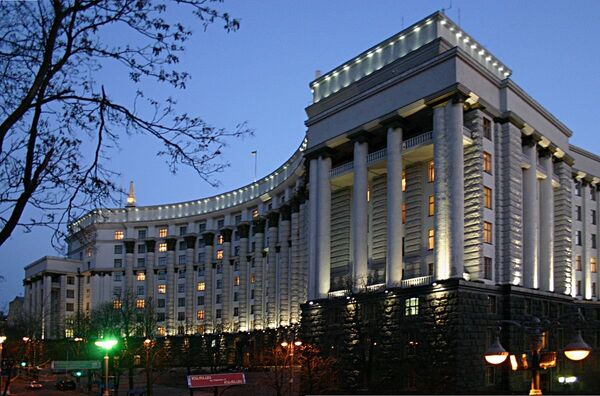 Unfortunately, Gaevsky emphasized that the events that have taken place in Ukraine over the last several years indicate that citizenship is not an inviolable or sacred institution. "It's enough to recall the illegal issuance of Ukrainian passports to visiting crooks and snake oil salesmen who are given high positions of power and, accordingly, gain access to state secrets. Furthermore, after the 2014 coup, in contravention of international and national law, Kiev has imposed sanctions against a number of Ukrainian citizens from among the political immigrants, forbidding their entry into the country."

"At the same time," the journalist explained, "passage of the law would intensify emigration from Ukraine, which only serves to benefit Kiev, which is interested in squeezing as many 'extra mouths to feed' out of the country as possible," Gaevsky noted. This, naturally, would intensify the country's demographic crisis. According to the latest figures, Ukraine's population of 42.58 million has declined by nearly 20% since 1993.

Breach of Moscow-Kiev Ties 'Destroyed Ukraine's Defense Industry Enterprises'
Finally, the journalist noted that if passed, the citizenship law will be used as a kind of 'Sword of Damocles' suspended over a whole caste of Ukrainian oligarchs, politicians, officials and others "who do not show the proper servility to power."

Ultimately, Gaevsky warned that the citizenship law and other radical proposals should only be expected to intensify, particularly as Kiev loses economic and political support from its allies in Brussels and Washington. "The current kleptocratic regime may be replaced by a much more rigid ultranationalist one, which will commit crimes not only for the sake of the personal enrichment of its leaders, but also based on ideological prejudices."

In this situation, the commentator suggested that "the appearance on the agenda of an institution of 'non-citizen's, the same as exists in ethnocratic Baltic countries of Latvia and Estonia, is only a matter of time. A special 'message' will also be sent in this case to the representatives of the Russian and Russian-speaking Ukrainian, whose status as second-class citizens can be formalized at the official level," Gaevsky concluded.