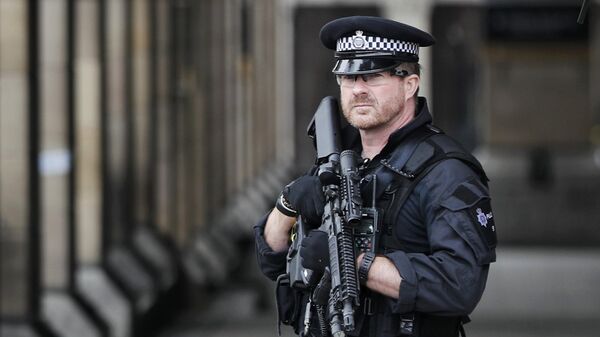 © REUTERS / Darren Staples
Subscribe
Scotland Yard reported that UK police have arrested another suspect in connection with the attack in London.

Westminster Attack: European Special Forces 'Are Losing Fight With Terrorists'
MOSCOW (Sputnik) — UK police have arrested another suspect in connection with the attack in London, Scotland Yard said Sunday in a statement.

"A 30-year-old man [L] was arrested today, Sunday, 26 March at an address in Birmingham on suspicion of preparation of terrorist acts," the police said.

The Metropolitan police said they had carried out 15 searches in London, Birmingham and other cities, and made a total of twelve arrests. Nine people were later released.

On Wednesday, an attacker, later identified as Khalid Masood, hit several people while driving on Westminster Bridge in the UK capital. Armed with a knife, he then attempted to enter the parliament, stabbing a police officer to death in the process.

Five people, including the attacker, died as a result of the terrorist act, while at least 50 people were injured. Daesh terrorist group, outlawed in Russia, claimed the responsibility for the attack.