Crunch Time: Will Liberation of Raqqa Turn Into 'War of All Against All'? 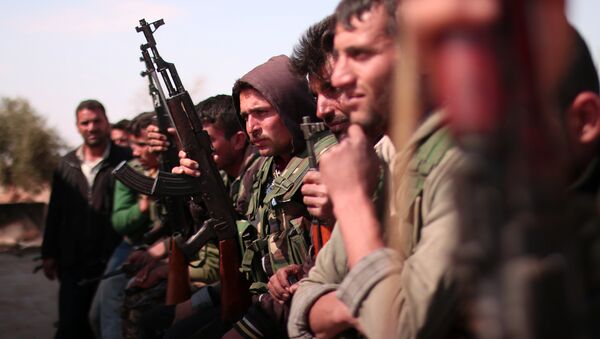 © REUTERS / Rodi Said
Subscribe
With the clock ticking toward the beginning of the Raqqa operation, it remains unclear who will take part in the liberation of this self-proclaimed Daesh capital in Syria and what it will lead to, according to RIA Novosti political analyst Andrei Veselov.

Conquest of Raqqa: Daesh Fortifying Besieged City, Beefing Up Defense
On Friday, French Defense Minister Jean-Yves Le Drian said that a military operation to recapture the Syrian city of Raqqa is due to kick off in the coming days.

For his part, Sipan Hemo, head of the Syrian Kurdish YPG militia told Reuters in an exclusive interview that the operation would start in early April, and that the YPG forces are due to take part in the face of Turkey's opposition.

Even so, the final lineup of those who will participate in the Raqqa operation is still hard to define, RIA Novosti political analyst Andrey Veselov said, adding that the joint assault may turn into fighting between the storming sides.

A number of Kurdish publications claim that the US has already agreed with Kurdish leaders on the establishment of an autonomous Kurdistan in Syria in case of the capture of Raqqa.  Subsequently, this allegedly should add to creating an independent Kurdish state in Syria and Iraq.

Muslim Mukhemmed, member of the Politburo of the Syrian Democratic Party of Kurdistan (PDK-S), and one of the leaders of the National Council of Syrian Kurds (ENKS), Muslim Muhammad, told Sputnik Turkey that "the Americans have this project." 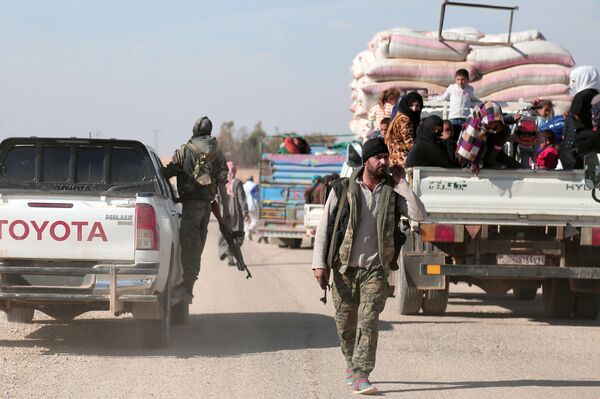 At the same time, he said referring to the YPG that the project should take into account the interests of "all the Kurds of the region, and not only certain forces.

"If this does not happen, then this state cannot be considered Kurdish. We stand for granting legal rights to all the Kurds who must decide their fate on their lands in Iraq and Syria all by themselves. Today, the focus should be on Syrian Kurdistan, and it deserves to get its rights," Muhammad said.

Commenting on this, Veselov drew attention to the Americans' unwillingness to cooperate with the Turks on the Raqqa operation given that Ankara is up and arms against the creation of autonomous Kurdistan.

Meanwhile, fierce fighting between the Arab-Kurdisf forces supported by US servicemen and Daesh terrorists is already under way northwest of Raqqa, according to Veselov.

An Attempt to Reach a Consensus at a Turkish Resort

During the talks in Antalya in early March, the heads of the General Staff of Russia, Turkey and the United States formally discussed a spate of security issues of mutual interest in Iraq and Syria.

Full Throttle: US Apache Helicopters to Take Part in Raqqa Operation
The details were not disclosed, but according to Turkish media, the three men specifically touched upon principles that would help the sides to better coordinate efforts ahead of the Raqqa operation and avoid "friendly fire."

Such precedents already happened before, Veselov said, referring to Russian warplanes mistakenly firing at Turkish soldiers near the town of al-Bab, where at least three people were killed and eleven more wounded.

"Although Moscow has offered condolences to the Turkish side, Ankara had to acknowledge its share of the blame for what had happened due to the lack of proper coordination," he said, adding that Russia also berated Turkey for failing to deliver on its promise not to enter al-Bab.

Between Democrats and Ankara

Raqqa is surrounded from different sides by Turkish forces and Kurdish units which "categorically dislike each other," Veselov said, adding that the Syrian Kurds help those from the Kurdistan Workers' Party, which is blacklisted by Ankara as a separatist and terrorist organization.

As for Washington, it is in an extremely ambiguous position, according to Veselov. On the one hand, Turkey is the US' NATO partner, but on the other — the Kurds are seen by Washington as its reliable ally in the fight against Daesh.

"Cooperation both with Turkey and the Kurds was possible when they were more or less far way [from each other], but now they are practically in physical contact," Veselov said.

The Syrian Democratic Forces (SDF), which include not only Kurds but also Damascus' Arab opposition as well as Turkmen, Armenians and Assyrians, claim that will "not allow Turkey to storm Raqqa."

"During a meeting with representatives of the American military command we made it clear that we will not allow Turkey to occupy the new areas.We see Turkey as an occupier of Northern Syria, and the US commanders have shared our point of view," SDF spokesman Talal Selo was quoted by Iran's Fars news agency as saying.

For its part, Ankara demands that the US should immediately stop supporting the SDF. The Foreign Policy believes cooperating with Kurdish fighters may lead to Washington losing Turkey as a strategic ally.

Bashar Assad and the US Marine Corps

Despite the Syrian government troops recently being involved in heavy fighting in Aleppo and Palmyra, President Bashar Assad is not going to stay away from what is happening in Raqqa, Veselov said, referring to Assad's announcement of the beginning of a military operation to liberate Raqqa.

"Now we are close to Raqqa. Our troops have reached the Euphrates River, which is very close to Rakka that remains the stronghold of Daesh. This is why Raqqa will be our priority," Assad said.

Turkey's Gamble: Raqqa Offensive Risks 'Turning Into Vietnam For Ankara'
With the SDF and Turkey at loggerheads with each other, the Syrian government are willing to cooperate with neither the SDF nor Ankara, Veselov said, adding that the situation was is aggravated by the deployment of US ground forces to the area adjacent to Raqqa. In this vein, he recalled that Washington have long been seeking the resignation of President Assad.

According to the Washington Post, the United States recently sent several units of the Marine Corps to the area in addition to 500 US special force troops already operating there. Notably, the new units are equipped with heavy weapons, including the 155mm M777 Howitzer which is expected to provide fire support during the Raqqa assault.

"In this very complicated situation, where 'all are against all' but all against Daesh, Russia acts as an ally and partner of Bashar Assad. At the same time, Russia has working contacts on the Syrian issue with Turkey, the United States, Kurds and even partly with the [Syrian] opposition, whose representatives have more than once visited Moscow," Veselov concluded.

Meanwhile, Russian Defense Ministry spokesman Igor Konashenkov said that the liberation of Raqqa will not be an easy walk for the international coalition, and the coordination of all forces is crucial.

In Raqqa, Pentagon Looking to Make Up for Setbacks in Aleppo, Mosul
"It is clear to any military specialist that the liberation of Raqqa will not be an easy walk for the international coalition. The real success and date of the completion of this operation will directly depend on the understanding and willingness to coordinate actions with all forces fighting against the international terrorism in Syria," Konashenkov said.

He added that that the optimistic view of French Defense Minister Jean-Yves Le Drian on the Raqqa operation was based on "some kind of special national sources of inspiration, not related to reality and the situation on the ground."

000000
Popular comments
Kurds wont go too far south without Arab allies since it's not "Kurdish" land and local tribes dont't want any Kurds there, that's the tricky part for the US (israel) who sees this as a "mission accomplished" TV stunt for western MSM and a way to snatch & occupy two eastern Syrian provinces from were they plan to dominate the region,build the Qatar gas-pipe and bleed Syria which will host both Russian and Iranian bases. "Kurdistan" for the israel/Turk-controlled Barzani clan and "Sunnistan" as a consolation price for Turkey and their lost neo-ottoman gambit, blocked from any further advancements by Russia & Syria in al-Bab. That's the US plan anyway but their desired occupations (if realized) can't be expected to be left in peace as long as Hezbollah, SAA, Russia & Iran has anything to say about it and Hezbollah has thrown out the US of the Levant (Lebanon) before and they are all too, very close to Raqqa...

Mikhas
26 March 2017, 11:49 GMT1
000000
After Raqqah most feasible a war between all participant will come. Already the USA has declared that it will stay in Iraq as long as it pleased. A proper empire country, the USA, not explaining to no one.