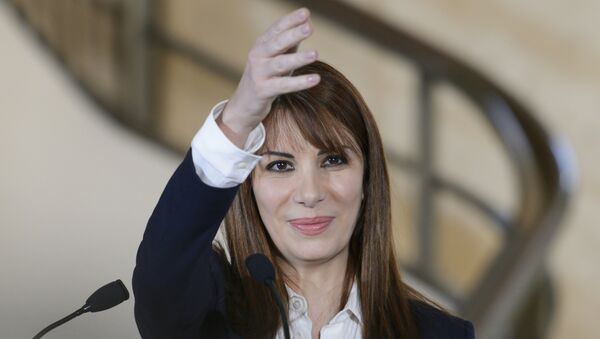 © AFP 2021 / FABRICE COFFRINI
Subscribe
Syrian Kurds in a group of Syrians, who arrived to Geneva to discuss legal aspects of a future constitutional change, have put forward two options aimed at solving the Kurdish issue - territorial separation of the Kurdish autonomy from Syria or making Syria a confederation, a source in the commission told Sputnik on Sunday.

Erdogan Says Upset About Interest Moscow, Washington Showing to Syrian Kurds
GENEVA (Sputnik) – The commission for constitutional review that arrived in Geneva is composed of Syrian legal experts and opposition members and is headed by Syrian opposition figure, leader of the Movement of the Pluralistic Society Randa Kassis. The commission is currently reviewing the Russian constitutional draft, which was submitted to Syrians for consideration in January during Astana talks.

"We are now discussing two proposals that come from the Kurdish representatives (the Kurds have divided themselves). The first proposal is a territorial separation of the Kurds from Syria. They suggest deciding on the borders and forming a Kurdish state, absolutely separate from the Syrian state and not having any relation to the autonomy in Iraq or the Kurds in Turkey," the source in the commission said.

Another option is turning Syria into a confederation, the source added.

"The second line is making Syria a confederation with centralized power. That would mean that the Kurds get an autonomy that has its own language, culture, freedom of expression and governing institutions," the source said.

The source noted that the second proposal was much more realistic from the legal point of view than the first one.

Kassis told Sputnik that she would meet with Russia's Deputy Foreign Minister Gennady Gatilov in Geneva on Tuesday.