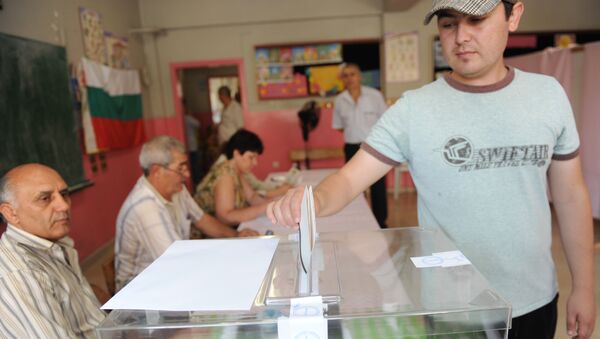 BSP Leader Congratulates GERB on Winning Bulgarian Parliamentary Elections
MOSCOW (Sputnik) — Bulgarian Citizens for European Development of Bulgaria (GERB) party is leading in the snap parliamentary elections with 33 percent, the country’s Electoral Committee said on Monday after having counted some 17 percent of ballots.

The United Patriots (OP) coalition with 9.66 percent of votes and the Movement for Rights and Freedoms (DPS) with 6.4 percent are also among the parties that managed to cross the 4-percent threshold.

Earlier in the day, shortly after the results of exit polls were released, BSP leader Kornelia Ninova admitted the defeat of her party and congratulated the rival GERB party on winning the elections, stressing that BSP will not participate in talks on forming a coalition, if invited.