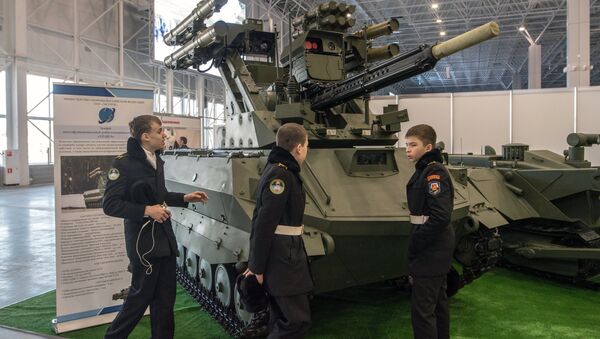 Designers and manufacturers of Russian robotic systems have presented about a hundred new robots that are expected to enter service in the Russian Armed Forces in the nearest future.

Russia Has Contracts on Sales of Combat Robots
On Thursday, the presentation of new robotic systems, which are due to be incorporated into the Russian Armed Forces and the country's law enforcement agencies in the immediate future, took place at Patriot Park outside Moscow, according to the Russian newspaper Rossiyskaya Gazeta.

This presentation was timed to coincide with the beginning of a military scientific conference "Robotization of the Armed Forces of the Russian Federation," the newspaper reported.

It quoted Alexander Mironov, head of the Main Directorate for Research and Technological Support of Advanced Technologies with the Russian Defense Ministry, as saying that "the forum participants will try to work out common approaches to the creation and development of robotic military systems as well as prepare recommendations for the exploitation of such know-how."

Right now, the Russian Armed Forces are implementing the concept of development and combat use of robotic systems due to be wrapped up by 2025. According to the concept, the share of robots in the overall structure of Russian military equipment should reach 30 percent in the next eight years.

It seems that the country's defense industry is ready to contribute to the concept by providing all branches of the Russian Armed Forces with sophisticated robots, including the Vikhr robotic system, according to the Rossiyskaya Gazeta. 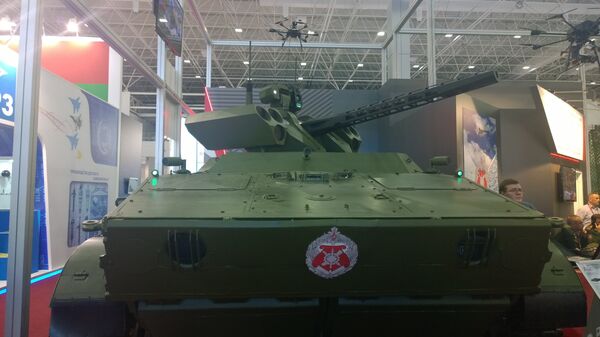 The 14.7-ton Vikhr is a remote-controlled scout-attack unit tasked with engaging ground and aerial targets, reinforcing operations, protecting strategic facilities and decreasing human losses. The robot is based on the BMP-3 infantry fighting vehicle’s track, has an action radius of 600 kilometers and can move at a speed of 60kmph on land and 10kmph in water. 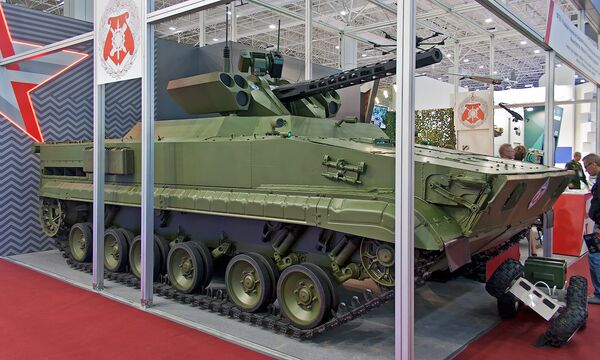 Also, the newspaper mentioned a reconnaissance drone, which can be launched from a container in line with the principle of work of a hand grenade launcher. The preparation of a new drone for operation, depending on the program of its flight, takes from five seconds to three minutes. 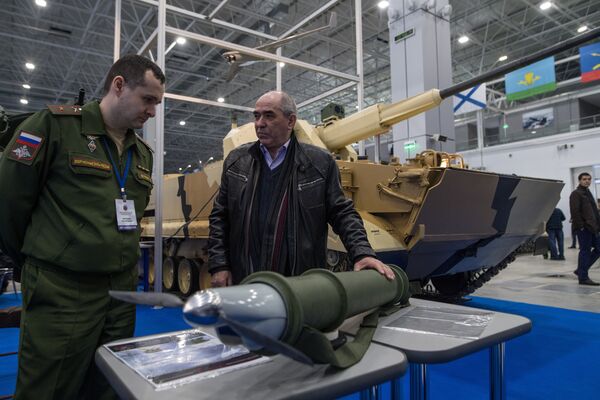 A model of a miniature reconnaissance drone, which can be launched from a container like hand grenade
© Sputnik / Iliya Pitalev
/
Go to the mediabank

The drone can be in the air for up to two hours and transmit real-time video information to the operator's monitor from a height of 4 km. The drone is capable of independently returning to the base after completing the mission.

Last year saw the end of tests of an unmanned boat which the newspaper said is sure to be of interest to the Russian Navy. The boat is designed for reconnaissance of minefields, detection of combat swimmers and submarines as well as conducting rescue operations at sea. The range of the boat is up to 30 kilometers. 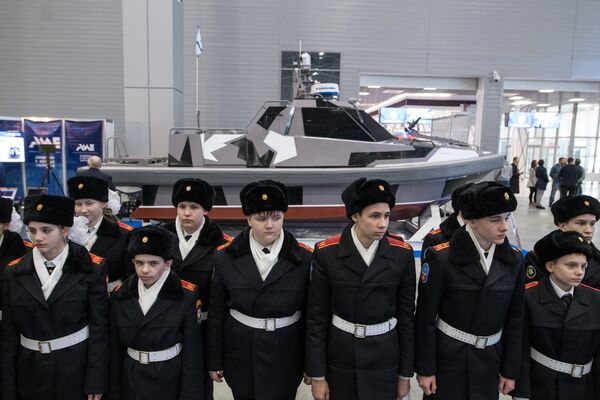 An unmanned boat on display at the Robotization of the Russian Armed Forces conference. File photo
© Sputnik / Ilya Pitalev
/
Go to the mediabank

Then comes the armored Nerekhta platform which can serve as a basis for 18 replaceable modules. Depending on the combination, the robot can pull wounded soldiers from the battle field, deliver ammunition or wage combat. 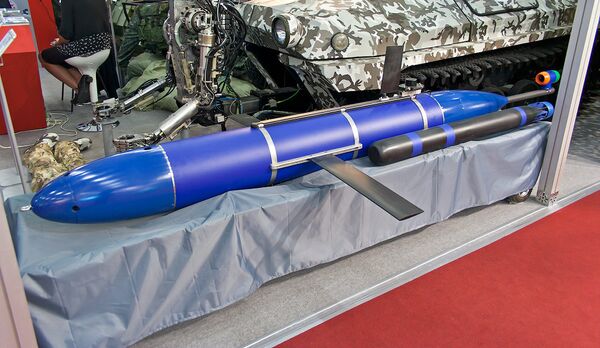 In this video you can see effective teamwork between three vehicles: a helicopter (not captured) provides reconnaissance for a Nerekhta-based robotic command center which in its turn controls the "fighter" robot.

The Nerekhta is powered by a diesel-electric motor. During reconnaissance missions the diesel segment switches off and the robot crawls silently consuming the energy accumulated in its batteries.

Also being developed are the Uran robotic systems, including the Uran-6 and the Uran-14. 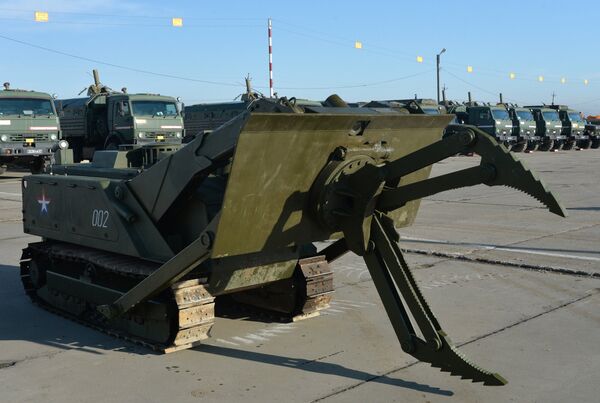 The Uran-6, a multipurpose demining robot equipped with bulldozer blades and trawls, can find and destroy mines stuffed with up to 60 kg of TNT. It can substitute a bomb squad of 20 and is controlled from a distance of 1 kilometer. 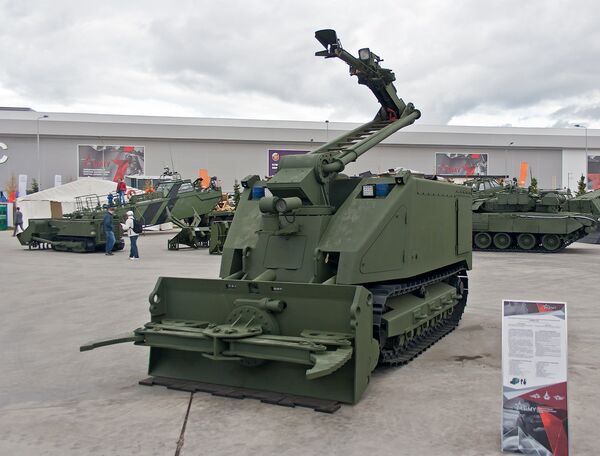 Robots on Patrol: Russian Borders to be Guarded by Artificial Intelligence
As for "heavyweights," Russian engineers have crafted the one-of-a-kind Uran-9 robotic tank armed with a machine gun, a 30mm cannon that fires 350 to 400 rounds per minute, a coaxial 7.62mm machine gun and a battery of the Ataka supersonic guided missiles.

It is equipped with threat detection capabilities, including a laser warning system, as well as target detection, identification and tracking gear.