One Person Killed, One Injured in Shooting in Las Vegas, Attacker Surrenders 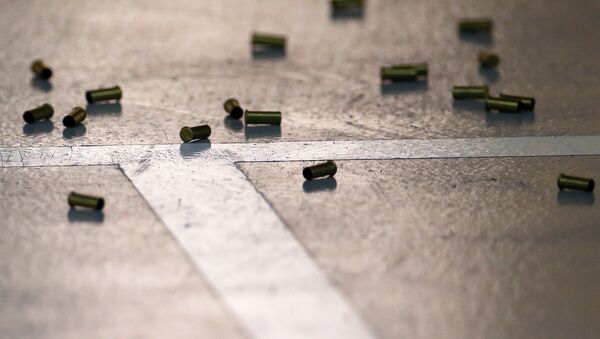 © AP Photo / Eugene Hoshiko
Subscribe
One person was killed in a shooting in the center of the US city of Las Vegas, with the attacker barricading inside a bus before surrendering to the police, Las Vegas Police Department said on Sunday.

Shooting in French Lille Not Related to Terrorism, Leaves 3 People Injured
MOSCOW (Sputnik) — Earlier in the day, a man opened fire in the center of Las Vegas and injured two people, with one of them dying at the hospital. The shooter barricaded inside a bus and remained there for several hours before giving in to the police.

"The suspect in the bus has surrendered to officers, and is in custody," Las Vegas Metropolitan Police Department wrote on Twitter.

According to the media, the incident took place at around 11:00 a.m. local time (18:00 GMT on Saturday). According to local media, the police do not consider the incident as terrorism-related. No details on the identity of the suspect have been disclosed yet.