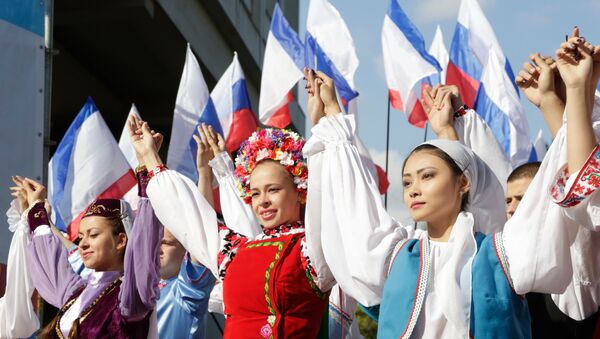 © Sputnik / Maks Vetrov
/
Go to the photo bank
Subscribe
A group of foreign MPs who recently visited the Russian peninsula of Crimea had witnessed firsthand that the locals are truly happy with the results of the Crimean Spring and changes brought by the reunification with Russia.

European Lawmakers Aim to Spend Summer Holidays in Crimea
During their three-day visit to Crimea, MPs from the United Kingdom, Brazil, the Czech Republic, Serbia, Montenegro and Kyrgyzstan sought to ascertain the current state of affairs at the peninsula and to learn what the locals think about the reunification with Russia which took place three years ago.

As Czech MP Jaroslav Holík told Sputnik, he talked a lot with the locals right on the streets of Yalta and Simferopol, asking them direct questions about the current situation in Crimea.

"The goal of my voyage was to meet common people and hear their opinions about life under the new administrative and political system, and it was an interesting experience. Everyone with whom I talked in the streets, at the Simferopol University and at the Spiritual Administration of Muslims of Crimea, they all expressed content with the changes that took place. I only met one many who refused to talk to me, while everyone else beamed with optimism," Holik said. 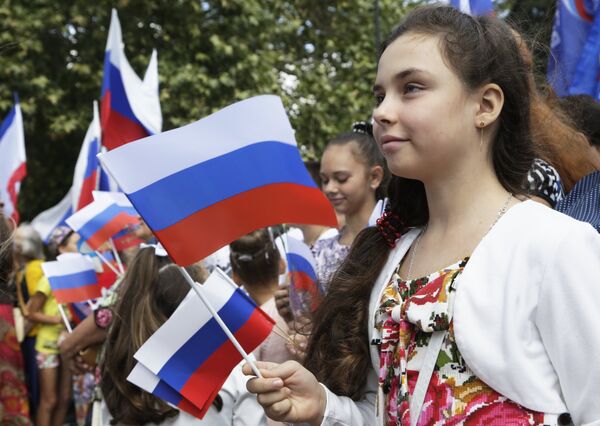 He pointed out that he conversed with members of virtually all ethnic groups living in Crimea, including Russians, Ukrainians and Crimean Tatars, and it was clear that all of these people were satisfied  because they finally attained a feeling of stability and certainty.

"They all emphasized the fact that their return to Russia was peaceful, that not a single shot was fired. Of course, their life today is not an easy one, as the people suffer from periodic blackouts and water shortages. ‘But we’ll deal with this; what matters is that we feel safe and that we don’t have to fear for the future of our children’ is what nearly every person in Crimea says," Holik explained.

​According to the Czech MP, he didn’t encounter a single case of human rights violations during his visit to Crimea, and learned instead that there are three languages being officially used on the peninsula – Russian, Ukrainian and Crimean Tatar – without the slightest hint of discrimination.

"I do believe that someday politicians will sit down at the negotiating table to resolve the Crimean issue. But they all need to take into account that the people of Crimea are content with their fate, that they are happy to finally return to Russia; that these people’s eyes sparkle when they talk about the changes," Holik said.

Crimea rejoined Russia after a 2014 referendum, when almost 97 percent of the region's population voted for the reunification. In Sevastopol, which is politically independent of the rest of Crimea due to its federal city status, 95.6 percent of voters supported the move. 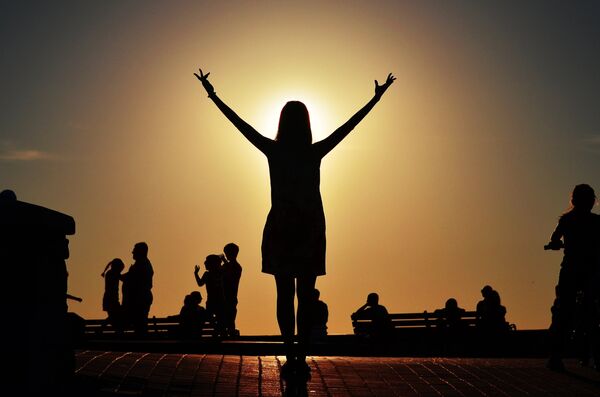 A young woman enjoys the dusk on Sevastopol's Primorsky Boulevard.
© Sputnik / Vladimir Sergeev
/
Go to the photo bank
Newsfeed
0
New firstOld first
loader
LIVE
Заголовок открываемого материала
Access to the chat has been blocked for violating the rules . You will be able to participate again through:∞. If you do not agree with the blocking, please use the feedback form
The discussion is closed. You can participate in the discussion within 24 hours after the publication of the article.
To participate in the discussion
log in or register
loader
Chats
Заголовок открываемого материала
Worldwide
InternationalEnglishEnglishMundoEspañolSpanish
Europe
DeutschlandDeutschGermanFranceFrançaisFrenchΕλλάδαΕλληνικάGreekItaliaItalianoItalianČeská republikaČeštinaCzechPolskaPolskiPolishСрбиjаСрпскиSerbianLatvijaLatviešuLatvianLietuvaLietuviųLithuanianMoldovaMoldoveneascăMoldavianБеларусьБеларускiBelarusian
Transcaucasia
ԱրմենիաՀայերենArmenianАҧсныАҧсышәалаAbkhazХуссар ИрыстонИронауОssetianსაქართველოქართულიGeorgianAzərbaycanАzərbaycancaAzerbaijani
Middle East
Sputnik عربيArabicArabicTürkiyeTürkçeTurkishSputnik ایرانPersianPersianSputnik افغانستانDariDari
Central Asia
ҚазақстанҚазақ тіліKazakhКыргызстанКыргызчаKyrgyzOʻzbekistonЎзбекчаUzbekТоҷикистонТоҷикӣTajik
East & Southeast Asia
Việt NamTiếng ViệtVietnamese日本日本語Japanese中国中文Chinese
South America
BrasilPortuguêsPortuguese