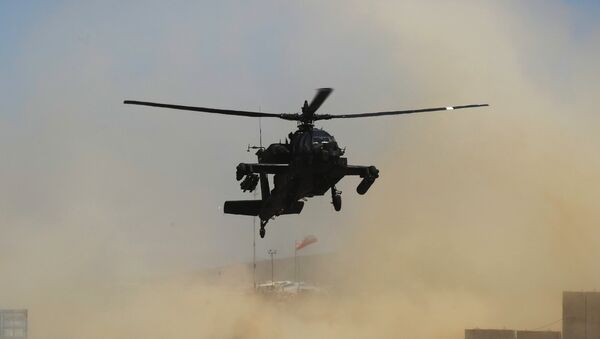 A special investigation into how more than $115 billion in funding from the US was allocated in Afghanistan found that at least $1 billion was spent “questionably.” Prosecutors have recovered $27.7 million just from their investigations into troops stationed in North Carolina.

John Sopko, special investigator general for afghanistan reconstruction (SIGAR) berated military use of funds in 2014 when he famously declared that the US had dumped more money into Afghanistan in 11 years than it spent on 16 countries after World War II as part of the Marshall Plan.

In one case, four military members made 114 requests for fuel as part of mission requirements. The fuel needs turned out to be entirely fabricated: upon receipt of the fuel, the troops sold the oil on the black market. The individuals piled up more than $10 million for their efforts before they were caught, military newspaper Stars and Stripes reports.

On another occasion, two secretive special forces operators artificially made excessive bids on construction projects to the tune of $215,000, which the pair then sent back to their spouses in the US stuffed in envelopes.

The US Attorney General’s office in Raleigh, North Carolina, has convicted 12 ex-soldiers for bribery, cash smuggling and other offences and has laid down sentences ranging from 10 months to 15 years, Military.com reported.

The $117 billion earmarked for building a prosperous Afghanistan has been swallowed into a sinkhole. “While we know we built a lot of schools and hospitals, it’s less clear whether and how they’re currently being used,” Sopko noted.

According to Sopko, entrenched corruption and “too little oversight,” as US aid workers, contractors and armed personnel flooded the country contributed to the issue.

Other uses of the money were just plain ineffective, naive, or both: 15 years after the US threw 8.5 billion at illicit opium production, output of the drug has reached new record highs, The News & Observer notes.