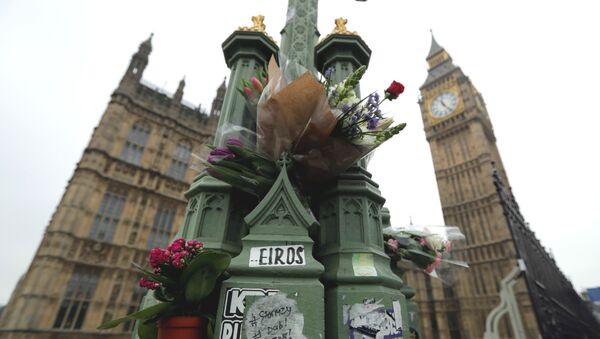 © AP Photo / Matt Dunham
Subscribe
Britain's most senior ambassador to the EU has said there is no such thing as "zero terror risk" in Europe and that it was no coincidence that the London attack came on the anniversary of the Brussels attacks last year.

EU Security Commissioner Sir Julian King told the Committee on Civil Liberties, Justice and Home Affairs, March 23, that it was no coincidence the attacks took place on the first anniversary of the Brussels attacks, March 22, 2016, when three attackers set off bombs in Brussels Airport and at the Maalbeek metro station in Brussels, killing 32 people, plus the bombers and injuring 340. people were injured. 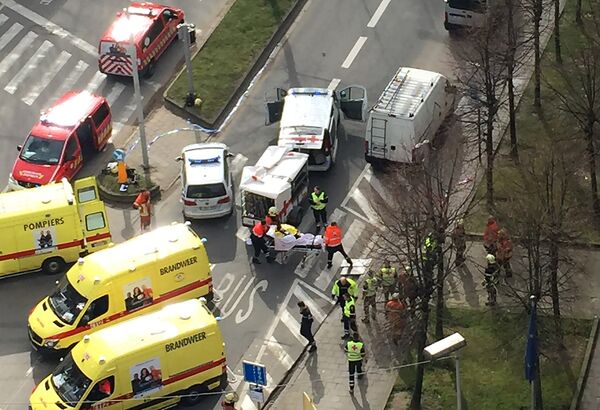 Rescue teams evacuate wounded people outside the Maalbeek metro station in Brussels on March 22, 2016 after a blast at this station located near the EU institutions
© AFP 2021

"I don't think it was a complete accident that this attack took place on the first anniversary of the Brussels attacks, when we were solemnly recalling the murders of 32 people and the wounding — in many cases of life-changing consequences — of many more," Sir Julian said.

​Five people died and 50 were injured after an attacker named by the police as Khalid Masood — born Adrian Russell Ajao — drove a car across Westminster Bridge in London, mowing down pedestrians before crashing to the railings of the Houses of Parliament. He then ran through a gate, where he was accosted by two policemen, stabbing one of them to death. The assailant was then shot dead by police firearms officers. 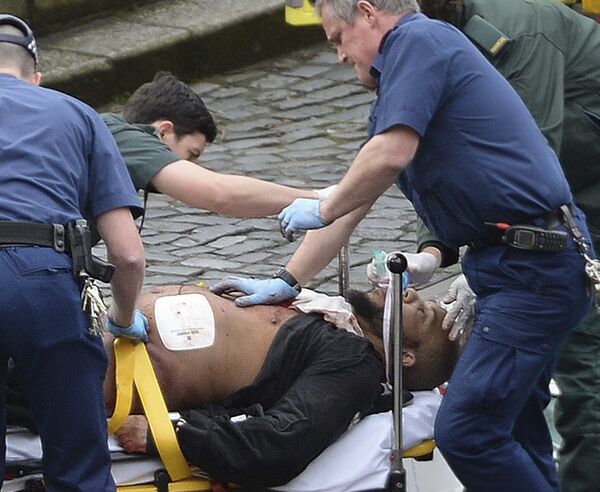 "Those who carry out these attacks want to target our way of life, target our values, but we're not going to let them win. There's never going to be 100 percent security. There's ever going to be zero risk. But we can and will continue to make further attacks as difficult and unlikely as we can," Sir Julian said.

​The London Metropolitan Police said March 24 that at least 50 people were injured in the Westminster attack with 31 requiring hospital treatment as the attack unfolded and those affected include a real cross section of ages and from at least 12 nationalities.

"It is a poignant reminder that the impact of this attack on the Capital will reach around the world. The Counter Terrorism Command investigation — Operation Classific — continues, involving hundreds of officers from across the counter terrorism network," Acting Deputy Commissioner, Mark Rowley said.

​"Nine people remain in our custody and one woman has been released on bail. We have searches at five addresses ongoing — 16 searches have concluded. So far we have seized 2,700 items from our searches including massive of amounts of computer data.

"We have had contact with approximately 3,500 witnesses — including 1,000 from people on Westminster Bridge and around 2,500 who were within the Parliamentary Estate," Rowley said.