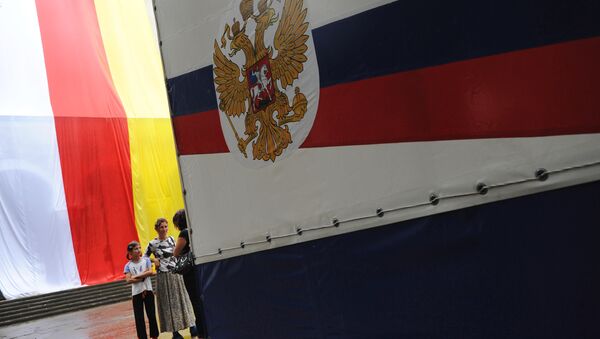 South Ossetia is going to hold a referendum on joining Russia after the presidential election on April 9.

"The will of the people of South Ossetia to join Russia is not a secret. There is an agreement with the president of the republic [Leonid Tibilov] that the referendum must be held after the elections in 2017," Bibilov told reporters.

Putin Orders to Sign Agreement to Include S Ossetia Divisions in Russian Army
The Parliament of South Ossetia announced that the presidential election would take place on April 9.

South Ossetia declared its independence from Georgia in early 1990s and is currently recognized as an independent state by several nations, including Russia. In 2008, Georgia launched a military offensive against the breakaway republics of South Ossetia and Abkhazia, ending in a five-day war with Russia.