Glimmer of Hope: Russia's Exports to US Went Up in 2016 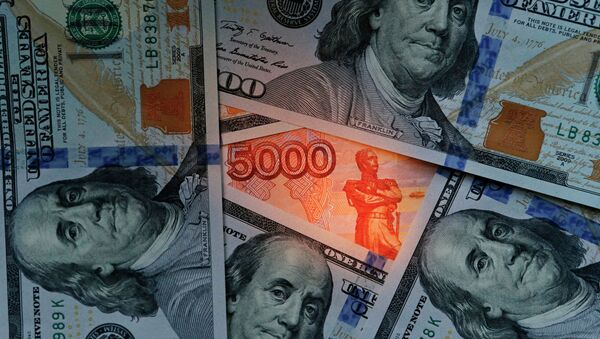 © Sputnik / Alexandr Demyanchuk
/
Go to the photo bank
Subscribe
Despite a tough political situation, the export from Russia to the United States was increasing in 2016.

WASHINGTON (Sputnik) — Despite the geopolitical tensions, the fall of the trade turnover between the United States and Russia slowed down for the first time since 2014 and the export from Russia was increasing in 2016, Russia's trade representative to the United States Alexander Stadnik told Sputnik.

"We have seen a noticeable slowdown in the fall of the trade turnover amid price fluctuations and other external and internal factors. Besides, we have seen growth of physical volumes of our exports to the United States," Stadnik said. "According to the official 2016 Russian statistics the turnover in 2016 was $20.3 billion, which is only 3 percent reduction, while in 2015 the turnover lost 28.1 percent."

Stadnik pointed out that the positive results were achieved despite the growing anti-Russia rhetoric in the Obama administration, especially in the period before and after the presidential election in November, which negatively affected many aspects of the bilateral cooperation.

The Russian Trade Representation in the United States will hold a number of events in the first half of 2017 in Washington, New York and other cities with Russian and US businesses to work on combatting corruption in international trade.

"We are planning to hold some webinars and seminars with Russian and foreign companies as well as to meet with colleagues in relevant US departments to discuss this topic," Stadnik said. "The Russian business is working by absolutely different standards today. And they have surpassed the ones we used to set as an example."

He noted that is a very important development and the Russian Trade Representation will promote it "in every possible way."

Russia Expects to Reach Pre-Crisis Export Level With US in 2017
Stadnik noted that the events are the continuation of the work of the Organisation for Economic Co-operation and Development commission on combatting corruption in Russia's foreign economic activity. The next meeting of the group is scheduled for October.

Relations between Moscow and the West deteriorated significantly in 2014 after Crimea voted to reunite with Russia and as military clashes escalated in eastern Ukraine.