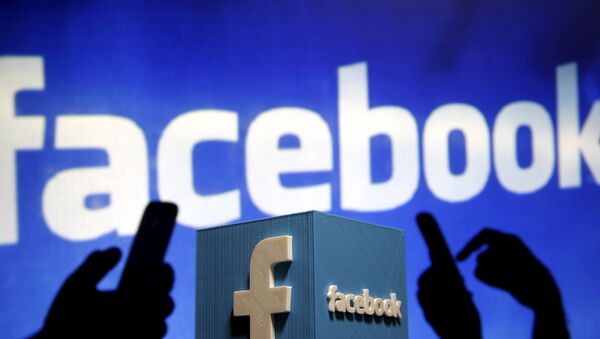 © REUTERS / Dado Ruvic
Subscribe
International
India
Africa
As the US Marines attempt to recover from a scandal involving hundreds of servicemen distributing nude photos on social media, one man’s supposed attempt at trapping and reporting the perpetrators has fallen flat.

The scandal first broke after the discovery of a private Facebook group called Marines United, where roughly 30,000 retired and active duty Marines posted nude photos of their female colleagues, sometimes including their names, ranks and duty stations and often taken and shared without their knowledge or consent.

After the group was exposed, some of the former members scurried to join another private group called Marines United 3.0, with 43-year-old Tim Luckey serving as administrator. Luckey said that he created the group a few weeks after the original was shut down with the intent of attracting and reporting users who posted the photos, telling the New York Post, "I made my page with the intent to report people for posting those things … I am totally against any kind of sexual assault against men or women; it gets my blood boiling. I don’t think a sexual assault against anybody is welcome for any frickin’ reason."

A former member of the original Marines United, Luckey never completed basic training after he joined the Army in 2002, and said he created the new groups to act "like a troll" and even posted pictures of "military chicks" for authenticity. While group membership was a little over 200, it was still far south of the original group’s numbers, and Luckey said he was disappointed by the lack of photos being shared.

He said, "I didn’t know how these other pages were able to share nude photos … I saw that and said, 'Let’s give it a shot.'"

On March 22, Facebook sent Luckey a message informing him that the nudity on his page violated their community standards and that he would be banned for 24 hours.

He used a second profile to inform the group of his fate, writing in a post, "I am the Admin of this page & this is my trolling profile … I need more Moderators, anyone up for it??? I’ll be back tomorrow," before sharing more nude photos as "something to remember me by."

Luckey is not remorseful about creating the groups, though he didn’t actually report anyone and his muddled logic may have done more harm than good.

The Pentagon will issue new social media conduct rules in the aftermath of the scandal, with officials vowing to take serious measures against the “toxic” behavior and attitudes behind the scandal.

Pacific Fleet Commander Admiral Scott Swift went as far as to call it an "insider threat."