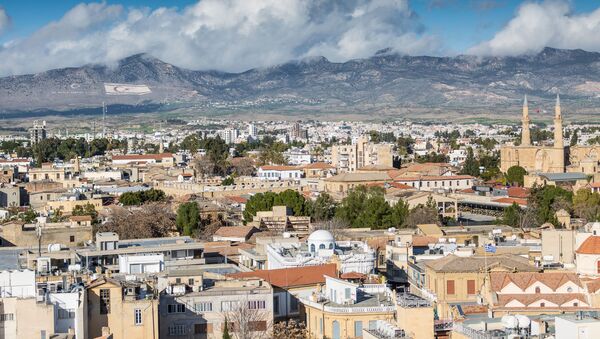 Turkey condemned Cyprus’ decision to sign oil exploration and extraction deals with a number of companies without involving the Turkish community of the island, represented by the self-proclaimed Turkish Republic of Northern Cyprus (TRNC), the Turkish Foreign Ministry’s spokesman Ambassador Huseyin Muftuoglu said in a statement Friday.

ANKARA (Sputnik) — Cyprus announced last week that it will sign licensing agreements on April 5-6 allowing corporations ExxonMobil and Totaloil to conduct oil exploration in Northen Cyprus, as well as a similar deal with the Italian company ENI, according to media reports.

Q/A Regarding the Contacts of Greek Cypriot leader Mr. Anastasiades with a Hydrocarbon Company in the USA: https://t.co/S9a7370gje

"We expect the Greek Cypriot side, which refuses to accept the Turkish Cypriots as politically equal partners on the Island, to refrain from acting as though it were the sole owner of the Island’s natural resources and to cease its hydrocarbon-related activities. It will be recalled in this context that in previous years, such activities have led to the failure of efforts aiming towards a comprehensive settlement," the spokesman said in a statement.

Additionally, Muftuoglu stressed that the Cypriot government undermines the achievement of a settlement between the two communities of the island and refuses to responsibly cooperate in the economic sphere.

"This attitude shows that the Greek Cypriot Administration is still not able to grasp the win-win-based potential for economic cooperation that can ensue on the Island and in the Eastern Mediterranean from a comprehensive settlement, towards which the Turkish Cypriot side and Turkey have been expending intensive efforts."

Cyprus Relies on EU Protection Amid Turkey's Military Threat - Ambassador
The latest round of Cyprus' reconciliation talks, held on February 16, ended abruptly with the Greek Cypriots and Turkish Cypriots blaming each other for the early departure.

Cyprus has been partitioned since 1974, when Turkey occupied the island's north, later proclaiming it as an independent state. The TRNC is recognized only by Turkey, which maintains military presence there.