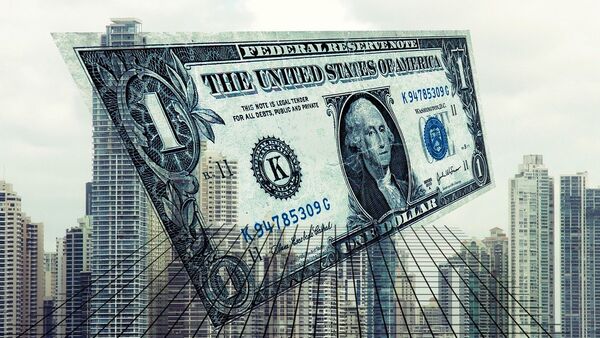 Campaigners have hit out at so-called 'corporate courts' used by big multinationals to get their way over world governments, following a US$500 million lawsuit against the Canadian Government by a global pharmaceutical company, Sputnik has been told.

The 'corporate courts' are part of the Investor State Dispute Settlement (ISDS) system, used in many trade deals, under which a tribunal — separate to any judicial system — makes ruling on trade disputes, where a company is unable to sell its good in a country because of government regulatory rules.

ISDS would be invoked in the case of a food manufacturer in one country, which allows products with certain food colorants to be use, being unable to sell its products in another country, which doesn't.

​The latest case concerns Canada, which was sued for US$500 million by pharmaceutical corporation Eli Lilly because the state had refused patents on some of its products. Although the case ended in favour of the state, with Eli Lilly being forced to pay US$5 million costs, campaigners says the case highlights the fault with ISDS.

"This case really is a shining example of the problems present of the problem that are present in ISDS, because it's a case which is about public health. You have a company seeking patents and Canada — acting in a way it is empowered to do — refusing those patents," UK-based War on Want Senior Trade Campaigner Mark Dearn told Sputnik.

​"And then Eli Lilly — the corporation involved — has this case hard by nine different judges in the Canadian legal system. Each time their case was rejected and they lost. It's only after that they resorted to the use of ISDS.

"This case has been won by the government, but we have to ask why was this case even heard in an ISDS tribunal, when nine Canadian judge had already rejected it. We know Eli Lilly are going to be paying the costs to Canada, of around US$5 million, but in the four years that this case has been running, who's to know how where that US$5 million could have been better spent" Dearn said.

ISDS is also central to the Transatlantic Trade and Investment Partnership (TTIP), which is currently being negotiated between the EU and the US, but which has run into trouble ever since US President Donald Trunp said such multilateral trade deals were bad for the US.

Dearn says that, although the Trump administration has been unclear about the future of the TTIP, Trump will still back ISDS in any new trade agreement the US makes with other countries.

"There's a feeling in the US — similar to the UK — that it's not a threat to them. The nominee for US trade representative — the man responsible for overseeing US policy — Robert Lighthizer has a history of being embedded in US trade negotiations going back to the 80s. He is partner in a law firm where he works to gain access to foreign markets on behalf of US corporations.

"What goes hand-in-hand with foreign market access for US corporations is the protection of that investment. So everything we know about the US trade team and the US trade agenda today would suggest that ISDS would still be front and center of their trade interests," Dearn told Sputnik.

"Market power readily translates into political power. Few governments prioritize health over big business… I am deeply concerned by two recent trends. The first relates to trade agreements. Governments introducing measures to protect the health of their citizens are being taken to court, and challenged in litigation. This is dangerous," said Dr Margaret Chan, Director-General of the World Health Organization in 2013.