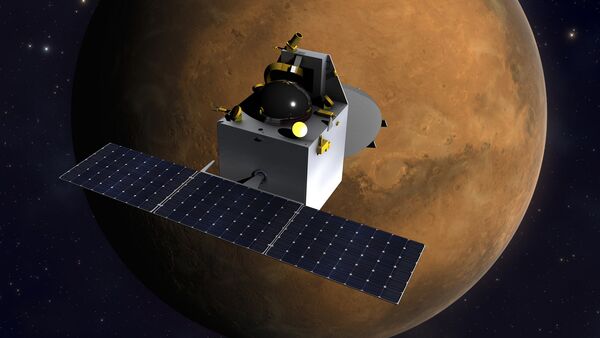 US President Donald Trump signed a bill for the financing of NASA, taking into account the preparation of a manned flight to Mars. Sputnik spoke with a space expert from the Russian Science Academy, Nathan Eismont, on this ambitious project.

US Congress to NASA: ‘Send a Man to Mars in the 2030s’
The most ambitious goal of the bill is a manned flight to Mars in 2033. In the draft budget for this year, NASA plans to allocate $19.5 billion for the space project.

The leading researcher of the Space Research Institute at the Russian Academy of Sciences, Nathan Eismont, spoke to Radio Sputnik about the great achievements of the US in the field of space research.

However, in his opinion, European countries and Russia are not far behind the US.

“But the plans that Russia has adopted are also quite ambitious. Of course, it cannot be said that Russia just like the Americans is sending an expedition to Mars, but I think its participation in this kind of expedition will be inevitably taken into account by the Americans,” Eismont said.

According to him, NASA and Roscosmos are not competing but cooperating organizations.

The expert said that an example of this is the fact that the Russians are flying into deep space using US Atlas-5 rockets with a Russian engine for the first stage.

“There is an indirect participation of Russia which has become so firmly entrenched, that the forecasts of Americans' transitioning to their own engines or their refusal to cooperate are quite unsuccessful,” Eismont said.

He further said that in addition to that there is a plan that is supported by both NASA and Roscosmos and that is a flight to Venus. “Such an ambitious project will be easier to implement jointly,” the expert concluded.

Earlier this month, NASA passed on two proposed missions VERITAS and DAVINCI that would investigate the surface and atmosphere of Earth's nearest planetary neighbor, Venus.

Venera-D is a proposed joint mission between Roscosmos and NASA which would send both an orbiter, which would analyze Venus' atmosphere for three  years, as well as a lander that would only last for a few hours on the planet's fiery surface.