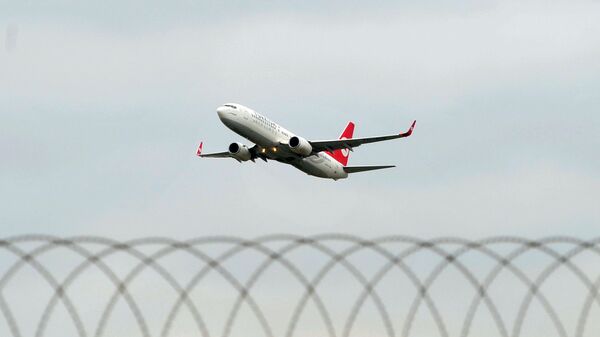 Turkish Transport Minister Ahmet Arslan wrote to the US government asking to exempt Istanbul’s Ataturk Airport from a recently imposed ban on electronic devices larges than a smartphone, media reported on Wednesday.

World
UK Bans Large Electronic Items From Cabins on Flights From Some MidEast States
In response to the new ban put in place by the US and UK on electronics aboard airplanes originating in Turkey and other predominantly Muslim countries, Turkish authorities are in talks aimed at lifting the restrictions for passengers on Turkish Airlines and coming from Ataturk airport in Istanbul.

Turkish Airlines is the only company that currently runs flights from Istanbul to the US, since American carriers have reportedly cut services due to a drop in tourism last year.

Officials in Ankara also say they are planning an appeal to the International Civil Aviation Organization, the UN agency that works with 191 countries to reach common standards for safety and audits member states, according to the Transport Ministry.

They have offered an alternative set of security measures to be introduced in Turkish airports, which will involve full-scale scans for explosive residue on hand-held baggage, a measure which is now only applied to checked baggage.

Earlier this week, the United States announced a ban on larger electronic devices in cabin on certain direct flights to the United States, with the United Kingdom rapidly applying a similar restriction on flights from Turkey, Lebanon, Jordan, Egypt, Tunisia and Saudi Arabia.

The ban prohibits all electronics larger than cell phones from being taken into the main cabins of airplanes. The ban applies only to passengers from predominantly Muslim countries — six countries were included on the UK's list and eight on the US's.

People coming from a number of airports, including in Istanbul, Dubai and Doha, can take their electronics along, but must have them packed in their checked baggage.

The move was motivated by renewed efforts by extremists to develop hard-to-detect improvised explosive devices (IEDs) disguised inside plastic laptop cases. Such weapons are very hard to detect, and several laptop-sized IEDs can pack enough power to destroy an airplane. Specialists say it would take a considerably larger number — up to two dozen — phone-sized IEDs to inflict as much damage.

According to a report by the Washington Post, the ban was designed to be indefinite, but David Lapan, a spokesman for the US Department of Homeland Security, has reportedly said the directive will run until October 14 and could be extended for another year, "should the evaluation of the threat remain the same."