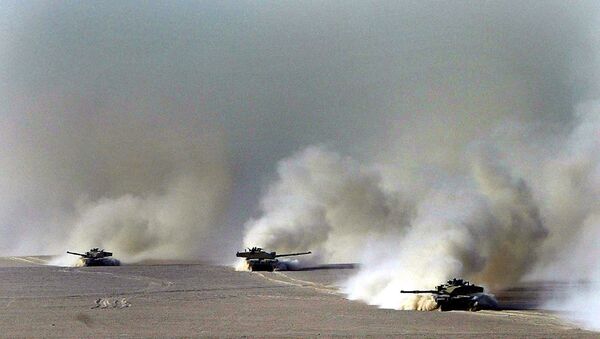 The first batch of UK armored vehicles has arrived in Estonia as part of NATO's drive to boost military presence in Eastern Europe, the UK Defense Ministry said Wednesday.

MOSCOW (Sputnik) — The batch, which includes Challenger 2 tanks, AS-90 self-propelled artillery guns and Warrior infantry fighting vehicles, will now travel by road to its place of deployment in the town of Tapa, according to the statement.

"The first of hundreds of UK military vehicles have arrived in Estonia to support the UK’s enhanced Forward Presence battlegroup based in Tapa, one of the largest ever NATO deployments to Eastern Europe," the ministry said in a statement.

The deployment comes ahead of NATO troops, which are expected to start arriving in the Baltic state in April. Over 100 UK troops had already arrived in Estonia earlier this month. UK personnel are also set to be joined by French and Danish troops. The first French personnel numbering 50 arrived on Monday.