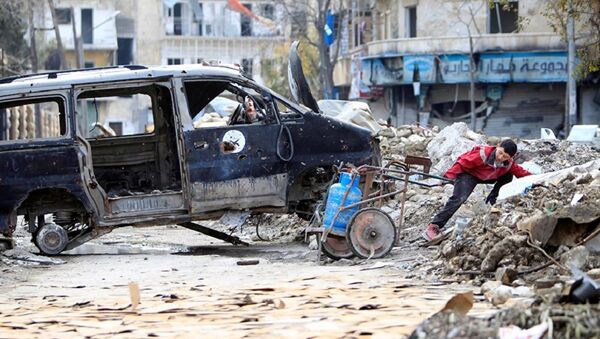 Russia supplied Syria with almost 1,500 tonnes of humanitarian aid as part of 924 deliveries, since 2016, Chairperson of the Council of the Federation Committee on Foreign Affairs Konstantin Kosachev said Tuesday.

MOSCOW (Sputnik) — Kosachev added that 607 tonnes of humanitarian aid have been delivered to Aleppo alone.

"A total of 924 humanitarian deliveries amounting to 1,500 tonnes have been made from Russia to Syria in 2016 and the beginning of this year, during the period of violent unrest," Kosachev said during the video link-up between Russian and French lawmakers on the Syrian crisis settlement, organized by the Rossiya Segodnya International Information Agency.

Since the beginning of the military crisis in Syria in 2011 Russia has been supporting the country’s government in fighting against terrorist groups including Daesh (outlawed in many countries, including Russia). Besides, Russia has been constantly providing Syrian civilians affected by the conflict with medical help and regular humanitarian aid deliveries to help them survive until peace is restored in the country.