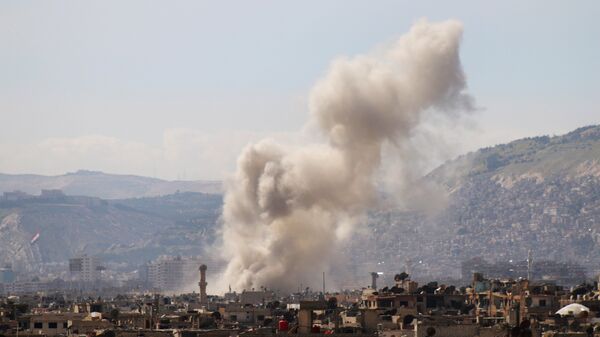 DAMASCUS (Sputnik) — Militants not adhering to a Russia-Turkey brokered ceasefire in Syria shelled the Barzeh neighborhood northeast of Damascus, a witness told Sputnik on Tuesday.

The witness said up to 12 shells were fired, landing near residential homes. Local media said at least 12 residents were injured in the shelling.

The so-called Arab Spring protests shook the Middle East in 2011. In Syria, the protests resulted in clashes between the government forces and opposition. Since then, the Middle Eastern country has been mired in a war, which involves Syrian army, numerous opposition factions, as well as terrorist groups.