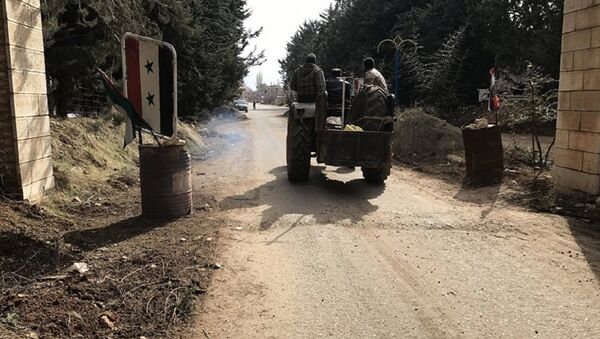 The Syrian army is fighting with extremist groups near the Abbasid square in eastern Damascus, a Sputnik correspondent reported Tuesday.

Syrian Warplanes Annihilate Militant Supply Lines East of Damascus
DAMASCUS (Sputnik) — The militants of Jabhat Fatah al Sham (formerly known as al-Nusra Front terrorist group) and affiliated militant groups managed to enter and gain a foothold at the territory of an old bus station in the suburbs of Jobar.

At the same time the road which divides the bus station and Abbasid square is still controlled by the government forces.

The military operation against positions controlled by al-Nusra Front began on December 24 after the militants refused to lay down their weapons and vacate the area.