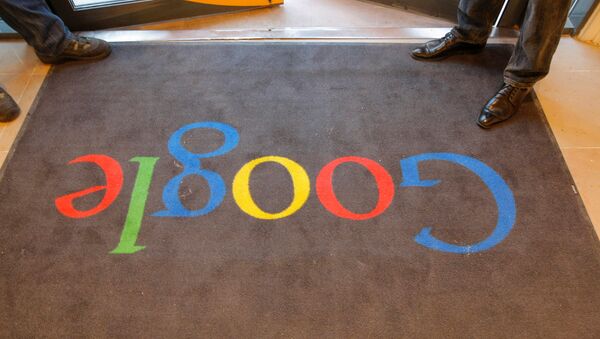 Google has started reviewing its advertising policies on Tuesday amid an ongoing scandal over extremist videos appearing on Google-owned YouTube.

"I wanted to share that we've already begun ramping up changes around three areas: our ad policies, our enforcement of these policies and new controls for advertisers… We believe the combination of these new policies and controls will significantly strengthen our ability to help advertisers reach audiences at scale, while respecting their values," Google's chief business officer Philipp Schindler wrote in his blog.

Schindler stressed that in the majority of cases Google's tools and policy, regulating ads appearance were working as intended, and the company did apologize for the recent cases of inappropriate advertisements.

"So starting today, we’re taking a tougher stance on hateful, offensive and derogatory content. This includes removing ads more effectively from content that is attacking or harassing people based on their race, religion, gender or similar categories. This change will enable us to take action, where appropriate, on a larger set of ads and sites," he added.

Google Searches May Soon Be Unblocked in Mainland China
The digital giant also vowed to "tighten safeguards to ensure that ads show up only against legitimate creators."

Google said it would hire an additional number of people to elaborate new control mechanisms and take them in place, adding that it was committed to brand safety, therefore, customers' feedback was very important.

The issue was first raised in an investigation by The Times, which revealed that YouTube failed to remove videos featuring US white nationalist David Duke and homophobic pastor Steven Anderson, as well as other hate speech figures, which allowed their uploaders earn advertising revenue. Google has admitted it failed to shield users from all inappropriate content as its current monitoring mechanism is only triggered by alerts from users.

On Monday, Google apologized for what had happened.