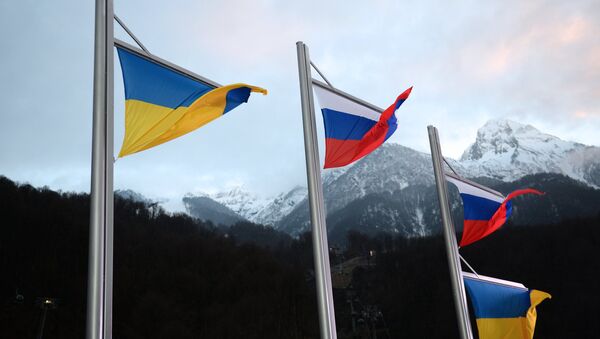 Why Ukrainian Authorities May Freeze Out Russian Contestant from 2017 Eurovision
MOSCOW (Sputnik) — Earlier in the day, SBU head Col. Gen. Vasyl Hrytsak said that the service had prepared a document prohibiting the Russian contestant from entering Ukraine because she had performed in Crimea before without Kiev's permission.

"We would not like this decision to be carried out, it is too absurd. But if it is taken, Russia will boycott the contest, they leave us no choice," Morozov said.

The Russian lawmaker stressed that Moscow would not change the participant because of the SBU's "insane" decision and assumed that it might be only a "political game."

On March 12, Russian Channel One TV announced that Yulia Samoilova, the winner of the internal competition, will represent Russia at the 2017 Eurovision contest in Kiev. Samoilova, who has been wheelchair-bound since childhood, will sing the song "Flame Is Burning."

In accordance with the country's law, Ukraine may ban entry for foreigners who had visited post-referendum Crimea without obtaining a permit from Kiev.

Crimean peninsula seceded from Ukraine and reunified with Russia following the March 2014 referendum. Ukraine considers Crimea as an occupied territory.

000000
Popular comments
The Eurovision Song Contest is such a ridiculous affair, I never really understood why it survived the 20th century. I prefer listening to good music instead.