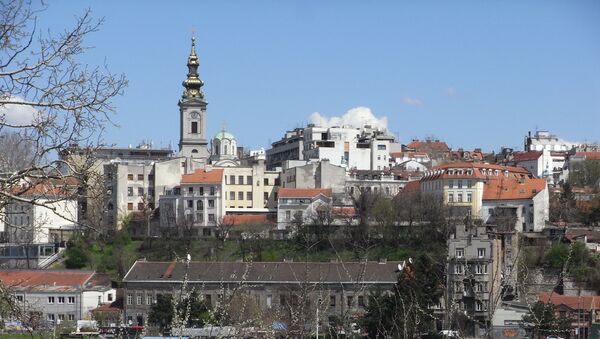 Chair of the European Parliament’s Committee on foreign Affairs David McAllister accused Russia in an interview with Die Welt media outlet of trying to expand its influence and destabilize situation in Serbia.

Pristina Snaps Up 200 Billion Euros' Worth of Serbian Property in Kosovo
MOSCOW (Sputnik) – He pointed out that Russia was considered in Serbia as the main supporter of the country, adding that the European Union should make its engagement in the Serbian politics more noticeable.

"Moscow tries to exert massive influence on media, some politicians as well as civil society in Serbia. Russia is conducting a deliberate policy of destabilization in Serbia. That is a reason for great concern," McAllister said.

"The Balkans are a very unstable region where in a short period of time irresponsive actions may result in escalation of conflicts, which have been thought to be resolved for a long time," McAllister added.

Russia and Serbia have friendly relations since the 19th century when the Serbia gained independence from the Ottoman Empire. Russia also shares Serbian position on non-recognition of Kosovo that proclaimed its independence from Serbia in 2008 and is recognized by over 100 states. The countries are also developing economic as well as military cooperation.

At the same time Serbia applied for EU membership in 2009, later becoming an official candidate. The Balkan country has so far opened only eight of the 35 chapters needed for accession to the European Union.