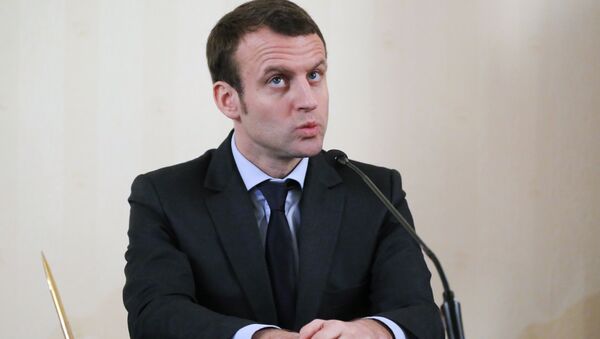 French presidential candidate Emmanuel Macron described as a defeat France’s lack of influence over events in the embattled Syrian city of Aleppo, in a televised interview on Monday.

"What happened in Aleppo was obviously a serious defeat for France and Europe," Macron told a French television channel, France 2.

"The fact that the Syrian crisis is being handled mostly by Russia and Iran is unacceptable. I want France to reclaim its diplomatic leadership in order to be able to look for a political solution to the Syrian crisis," he added.