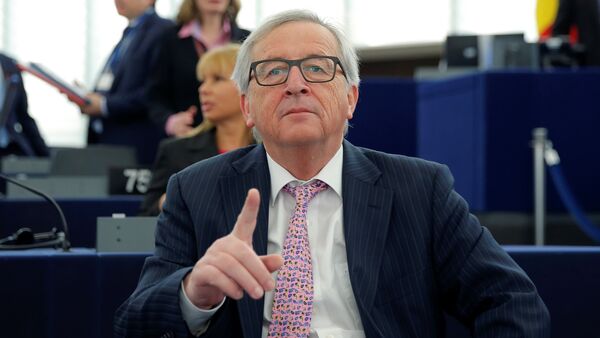 Earlier in February, Turkish President Recep Tayyip Erdogan said that the country may seek to reinstate death penalty as there was public demand for it.

“If Turkey would reintroduce the death penalty, that would be equal to breaking off [EU membership] negotiations,” Juncker told Bild am Sonntag newspaper.

The death penalty was banned in Turkey in 2004 as part of Turkey's attempt to be closer to the European Union. However, after a July attempted coup in Turkey, voices requesting the reinstatement of the death penalty have been on the rise.

Ankara: Turkey's Death Penalty Cannot Be Applied to Coup Attempt Suspects
Turkey became the candidate for EU membership in 2005. In March 2016, its candidature received a boost as it signed an agreement with the European Union on taking back migrants who arrived illegally in Greece in exchange for financial aid and concessions on visas.

However, Brussels' relationship with Ankara took a hit in the aftermath of the coup, when the European Union objected to the Turkish government's clampdown on those suspected of ties to the coup organizers.