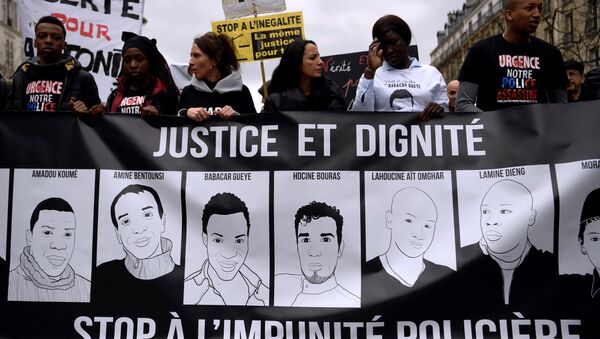 MOSCOW (Sputnik) – The clashes erupted as up to 7,500 people holding anti-discrimination and anti-racism banners in Paris took to the streets in Paris to protest against police brutality.

​​​The police fired the tear gas in response to the Molotov cocktails throwing amid Sunday demonstration in the French capital, Le Parisien newspaper said, citing a police source.

Since February, a wave of protests prompted by police brutality occurred in France. The man, named only by his first name, Theo, was beaten up by police officers after a routine check triggered an altercation. The victim was hospitalized and underwent a surgery. Reports of the incident sparked off two weeks of unrest in Paris that led to arrests of more than 240 people.

On February 5, one of the police officers that detained Theo was charged with rape, and three of his colleagues with deliberate violence.