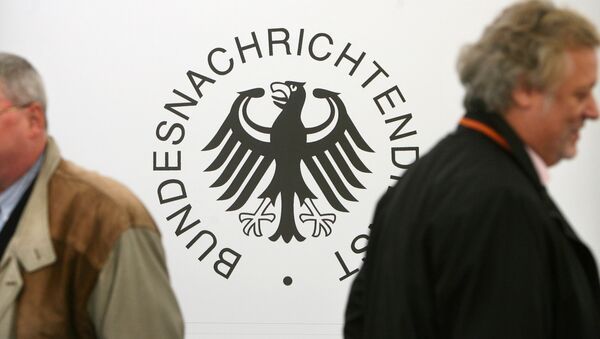 Germany is not convinced that US-based writer, political activist and former imam Fethullah Gulen was behind the failed July 15 coup in Turkey, the country's intelligence chief said Saturday.

"Turkey has tried on different levels to convince us of that fact, but they have not succeeded," Federal Intelligence Service (BND) President Bruno Kahl told Der Spiegel in an interview published March 18.

Kahl said that despite gathering information from a variety of sources, the BND could not find a direct link between what Turkey calls the Gülenist Terror Group (FETÖ) and the coup attempt, the Daily Sabah reported. He also called Gulen's organization merely a "civil association for religious and secular education." Turkey classifies the group as a terrorist organization.

(Gulen's supporters scoff at the "terrorist" name FETO and say their organization helps support schools, businesses and media and is simply called Hizmet, "service," in Turkish.)

Nearly 250 people died in the attempt to oust Turkish President Recep Tayyip Erdogan last summer, when some soldiers turned tanks and aircraft on government buildings in an attempt to take over. In its aftermath, the Turkish government launched a massive purge across all sectors of society, resulting in tens of thousands being arrested, nearly 100,000 detained and an equal number dismissed from media, military, judicial, civil service and educational positions. Media outlets have also been closed on a massive scale.

Kahl said that though the coup attempt was not initiated by the Turkish state, Erdogan has used it as "a welcome pretext" for exerting more control over the country, though he said he believed the crackdown would have happened either way.

"What we saw following the putsch would have happened regardless. Maybe not on the same scale and with such radicalism," Kahl said, according to AFP.

According to Kahl, the purge was already underway before July 15.

"That's why a part of the military thought they needed to quickly commit a coup before they were also affected," he said. "But it was too late and they too were also hit by the purges."

World
Erdogan Will 'Push It to the Brink' in Duel With Dutch, Upset Over Dead EU Deal

Gulen, a former supporter of Erdogan, has lived in the United States in self-imposed exile for nearly 20 years. He has always denied being involved in the coup attempt.

Germany and the Netherlands are currently at odds with the Turkish government after preventing Erdogan and Turkish ministers from campaigning in their countries in support of a referendum to give much more power to the Turkish presidency, held by Erdogan. The EU sees the changes as undemocratic, and the countries have said campaigning by a foreign power on their soil is inappropriate. Turkey is furious, and has called leaders of both nations "Nazis."