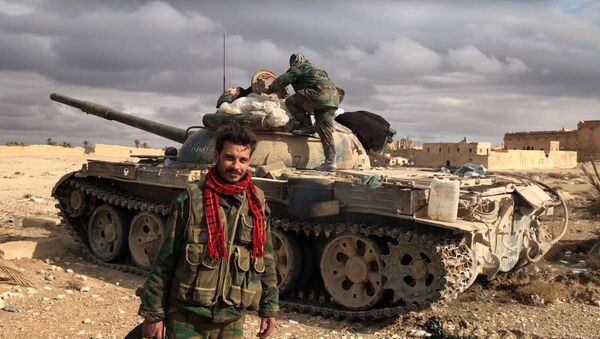 Syrian government forces seized control over two strategic heights and 11 settlements east of Aleppo, according to a military source.

DAMASCUS (Sputnik) — Syrian government forces are further advancing in the eastern Aleppo province, expanding security zone to the north and south and seizing control over 11 settlements and seven kilometers (4 miles) of Aleppo-Raqqa road, a military source told Sputnik on Saturday.

"The Syrian army together with allied units is further carrying out a military operation, as a result of which the army seized control over two strategic heights and 11 settlements," the source said.

According the source, the Islamic State jihadist group (ISIL or Daesh, outlawed in Russia) lost dozens of militants and a significant part of military equipment.