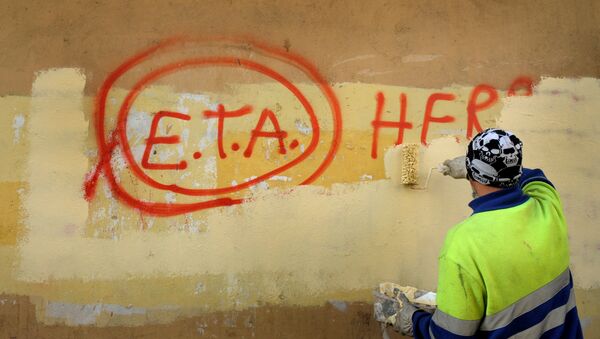 ETA Terrorists’ Stash With Explosives Found in Spain’s Basque Country
Civilian intermediaries are expected to inform French judiciary about the locations of ETA’s arsenal and the International Verification Commission (IVC) will supervise the process of disarmament.