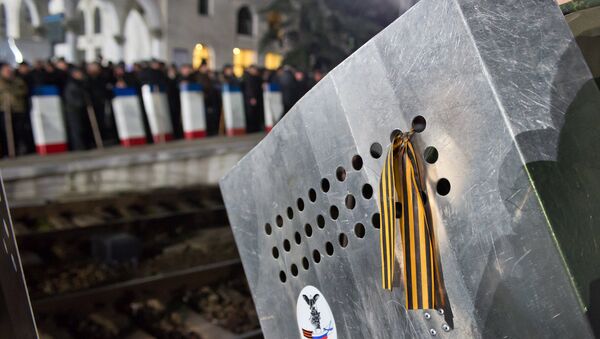 March 18 marks the third anniversary of Crimea's reunification with Russia following the referendum held two days earlier. Crimean native Armen Martoyan, who actively participated in the events of 2014, told Sputnik how he was blocking the airport, where the Ukrainian special forces had gone and how the Crimeans met Poroshenko.

The document, which was signed in the Kremlin, "is based on the free and voluntary expression of will by the peoples of Crimea at a nationwide referendum, held in the Autonomous Republic of Crimea and the city of Sevastopol on March 16, 2014, during which the people of Crimea made the decision to reunite with Russia,"' reads the statement on the official website of the Russian President. 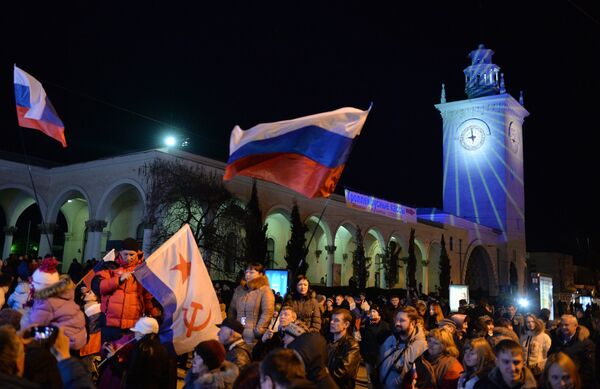 Preparations for the referendum started at the end of February after the waning of the Ukrainian revolt, known as Euromaidan. The peaceful voting on the peninsular was secured by the Russian military, nicknamed the "Polite People" for their professional behavior. And the developments preceding and following the referendum earned the name the "Crimean Spring."

Sputnik sat down to talk with Crimean resident Armen Martoyan, who took part in the events of 2014 under the call sign "Samvel" and whom the Ukrainian journalists had labelled the "Special Agent of the Kremlin."

'Everyone I Spoke With in Crimea Wanted to Secede From Ukraine'
He told Sputnik how he was blocking the airport, where the Ukrainian special forces had gone, how the Crimeans met Poroshenko and how he slapped the Ukrainian "radical" deputy Oleh Lyashko in the face.

Martoyan said that he is sure that if not for Russia, there would have been a different scenario for the Crimeans: instead of the victorious Crimean Spring the republic would have got bogged down in a "Crimean war."

Armen was one of the first to enlist into the movement on the defense of the peninsula back in February 2014. His first job was to block the airport in the city of Simferopol, where, according to intercepted data, a unit of the Ukrainian special forces and the radicals from the Ukrainian Right Sector nationalist party were due to arrive. 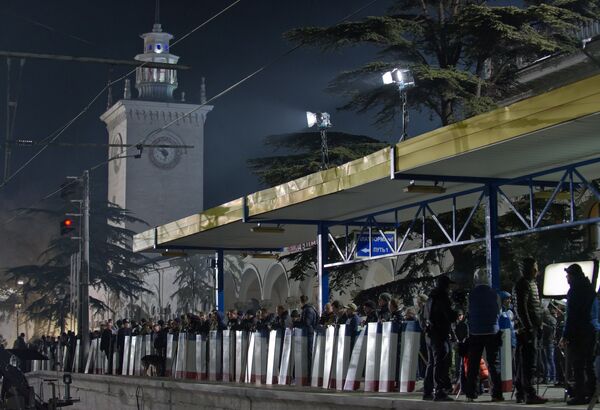 The Ukrainian servicemen were supposed to quell the "rebelling" Crimean politicians.

"We had to block the airport's runway at any cost, with any means at hand – barrels, pallets, tires, to prevent any Ukrainian military jet from landing in Crimea. And they were flying in," he told Sputnik.

He further recalled that he gathered around 140 people who arrived at the airport just with shields and spade handles. Just a few hunters had guns.

His group arrived at the airfield to take part in the operation which was coordinated by Mikhail Sheremet, a commander of the Crimean Self Defense Forces and which, without the support of the "Polite People" could have ended in bloodshed. 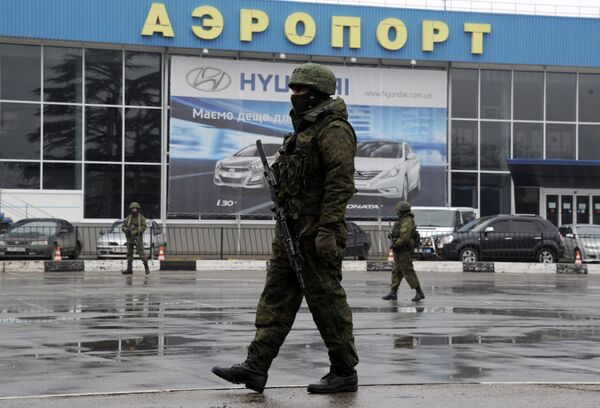 "At a certain moment we heard the rumble of military trucks. When they arrived, heavily armed men without insignia started disembarking. We understood that they were the Russian special forces and started to applaud. Some were even crying with joy," the serviceman recalls.

After the full takeover of the airport under the control of the group, he was ordered to take over the traffic controller's room and further control all the arrivals and departures.

All regular flights from Kiev were canceled during the Crimean Spring. Only charter flights were let in.

"I saw a very small dot on the traffic controller's monitor – a charter aircraft entered Crimean airspace. It was Poroshenko on board. I was ordered to let it land," he told Sputnik,

However Poroshenko didn't stay there long as he was forced to flee from Crimeans who bombarded him with eggs, he added.

Another brief guest on Crimean soil was Oleh Lyashko, the leader of the Ukrainian Radical Party. 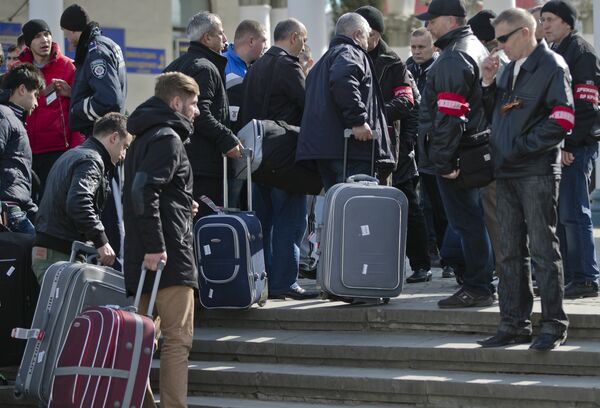 "After his landing, I came up to him and asked him to remain calm, wait in the VIP-hall until he is provided with a car to the city. However he answered with propagandistic speeches and threats. I lost patience and slapped him in the face. He fell on the sofa. When he came to his senses, he asked in Russian when could he leave back to Kiev," Martoyan said.

Mainstream Media Fails to Set People Against Crimea's Reunification With Russia
He further said that he is proud to be connected to the events of the Crimean Spring, that he did not shrink back from the decisive moment when the future of millions of people were at stake.

"My grandfather fought in Crimea during the Second World War, in the 89th Infantry Rifle Division, Tamanskaya Division. He was wounded twice during a battle in the city of Kerch (east of Crimea). I know that I had not let him down. He would have been very pleased with his grandson who refused to let neo-fascists to set foot on Crimean soil," he told Sputnik.

He further revealed that one Ukrainian oligarch offered 200,000 euro reward for his head. However he believes that his devotion to Crimea and the Crimean people is priceless.

If he had a chance to return to the past, he would not think twice and would do exactly the same, he finally concluded.