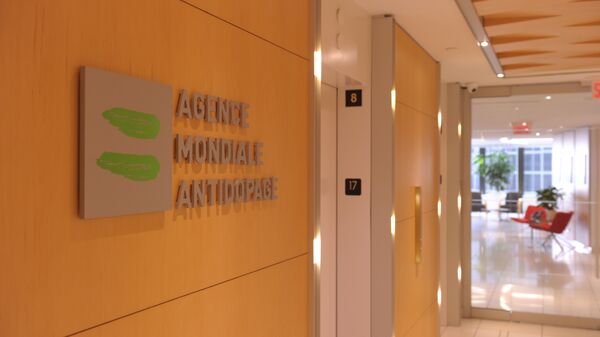 © AFP 2023 / Marc BRAIBANT
Subscribe
International
India
Africa
The recommendations of the International Olympic Committee (IOC) on the creation of an Independent Testing Authority (ITA) will be discussed by working groups of the World Anti-Doping Agency (WADA), a WADA spokesperson told R-Sport.

MOSCOW (Sputnik) – On Thursday, the IOC announced the creation of the ITA, which will have monitoring powers and will develop doping testing plans for international federations.

A WADA spokesperson told R-Sport on Friday that IOC recommendations with regard to the work of the ITA have been passed on to WADA working groups.

In November 2015, the WADA Independent Commission issued a report accusing Russia of numerous breaches of global anti-doping regulations and recommended the country be banned from international athletics competitions. The WADA also suspended Russia-based anti-doping lab operations run by the RUSADA. After that, Russian athletes were barred from going to international competitions, including the 2016 Summer Olympics.

Russia has repeatedly denied the allegations of running a state-run doping program. Moscow is making efforts aimed at reforming its sports and ensuring Russian athletes' access to main world competitions.