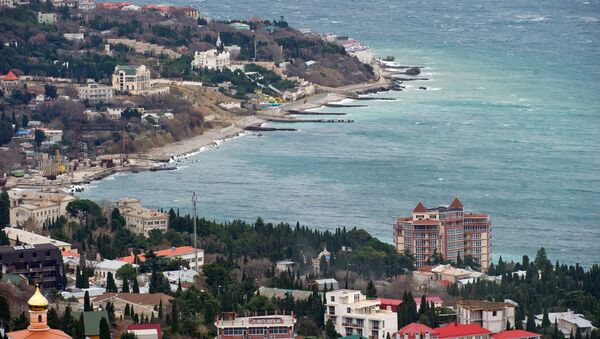 MOSCOW (Sputnik) – Russia will not exchange Crimea for the possibility of cancellation of the West’s sanctions, imposed on Russia amid the Ukrainian crisis, Matvienko said Friday.

"Recently some foreign media have been spreading rumors on a deal between Russia and the West on ‘Crimea in exchange for lifting sanctions’ formula. This is a complete fabrication," Matvienko posted in her blog on the website of the Federation Council.

Matvienko noted that some foreign partners’ stance on the Crimea issue had changed from rejection to an attempt to figure out what actually happened, underscoring that the visit of French lawmakers’ visits to the peninsula in 2015 and 2016 much contributed to this change.

Russia
'Everyone I Spoke With in Crimea Wanted to Secede From Ukraine'
She also stressed that it is inevitable that the results of the referendum, held in Crimea in March 2014, will get international recognition. The referendum came a month after the coup d’etat took place in Ukraine in 2014 and Kiev still considers Crimea the part of Ukraine despite the fact that the overwhelming majority of the Crimean population, namely, 96.77 percent, voted to rejoin Russia.

Following the reunification of Russia and Crimea, Brussels and Washington imposed several round of sanctions on Russia over the state’s alleged meddling in the Ukrainian conflict despite the fact that Russia has repeatedly refuted the allegations.

On Thursday, Kremlin spokesman Dmitry Peskov said that any deal on Crimea in exchange for the cancellation of Western sanctions was "off the table" when asked about such possibility.