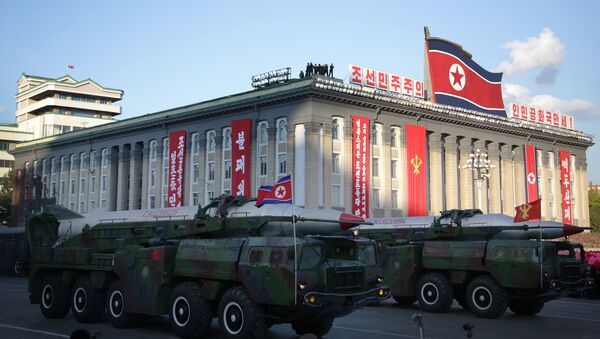 US Secretary of State Rex Tillerson signaled on March 17 that military action against North Korea is "on the table." Speaking to Sputnik, Russian political analyst Dmitry Verkhoturov described a three-phase war scenario which the Pentagon is likely to implement.

US Secretary of State Rex Tillerson stated Friday that military action against North Korea is "an option."

"If they [Pyongyang] elevate the threat of their weapons program to a level that we believe requires action then that option is on the table," Tillerson told journalists during his visit to South Korea.

"Certainly we do not want for things to get to a military conflict. But obviously if North Korea takes actions that threaten the South Korean forces or our own forces then that would be met with an appropriate response," he added, as quoted by NBC News.

A day earlier, while being in Tokyo, the US Secretary of State announced that "the policy of strategic patience [toward North Korea] has ended."

US Policy Toward N Korea May Trigger 'Catastrophic Consequences' - Russian MP
Speaking to Sputnik Korean, Russian political analyst and expert on North Korea Dmitry Verkhoturov shed light on the potential consequences of a US military operation against the Democratic People's Republic of Korea (DPRK).

While it is highly unlikely that Washington wants history to repeat itself for the US in North Korea, Verkhoturov noted, referring to the Korean War (1950-1953), they definitely have a blitzkrieg plan.

That said, the Russian expert described a three-phase war scenario which the Pentagon may be considering.

"The first element — a strike by hypersonic high-precision weapons on the most important military facilities," Verkhoturov suggested.

The expert drew attention to the Trump administration's "kinetic options," mentioned by the Washington Post Friday.

According to Verkhoturov, the options allegedly envisage the use of penetrating munitions, such as BLU-113 bombs used by US Air Force in Iraq, or an X-51A Waverider hypersonic missile, tested in real flight in 2013.

North Korea: America's Next Drone War?
"Both types use kinetic energy," he remarked.

Most likely the Pentagon is planning to test its latest military strategy — the so-called Prompt Global Strike (PGS) that can deliver a precision-guided conventional weapon airstrike anywhere in the world within one hour, the expert believes.

"If it works against the DPRK, it will show the world the irresistible power superiority of the United States," he said.

"The second element is a massive air raid with the newest unobtrusive F-22 aircraft (at least four F-22s have been transferred to South Korea) and F-35 (which are currently based at Iwakuni airbase in Japan)," he noted.

It is assumed that the DPRK air defense system will not be able to repel the raid of the newest aircraft and they will manage to destroy the country's control systems and the most important facilities already struck by high-precision hypersonic weapons, according to Verkhoturov.

"The third element is the landing of a limited contingent of ground forces to promptly seize or eliminate the North Korean political and military leadership. After this, the war must be completed," the expert suggested. 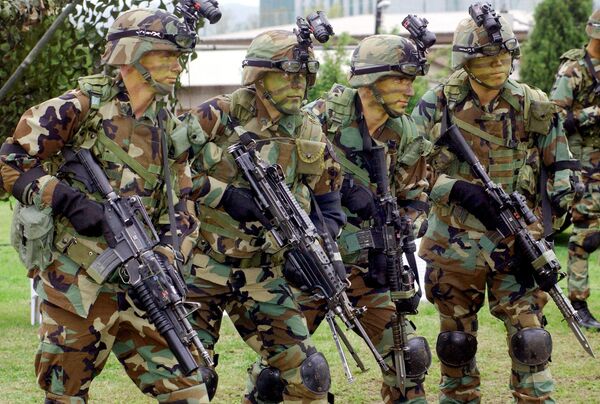 However, there is many a slip between the cup and the lip, as the proverb goes.

Verkhoturov underscored that North Korea is not Iraq or Libya: it is a hard nut to crack. Moreover, the US may face blowback from Pyongyang.

"First, there is a developed system of underground shelters in the DPRK to survive air strikes, which had been built in the course of more than 60 years after the Korean War. There are a lot of them and all of them cannot be destroyed," the Russian expert stressed.

"Second, in the event of strike against military headquarters and communications, [Pyongyang] has spare command posts, special procedures for transferring powers and comprehensive plans for independent action in case of war. Third, the DPRK has the capability of launching its own preventive or rapid retaliation strike with new solid-fuel missiles," he elaborated.

In this light, it is doubtful that Washington would be able to eliminate the country's control system, command posts and ballistic missile silos with the Prompt Global Strike, the expert remarked. Given this, the US army would face a number of hurdles, giving the opportunity for the North Korean Army to swing the balance in its favor.

At the same time, the war of the Korean Peninsula may turn into a longstanding conflict and deal a heavy blow to South Korea's economy; it may also seriously undermine Japan and upset the post-World War II balance of power in the region, according to Verkhoturov.

Therefore, the "military option" against North Korea should be off table, according to the Russian expert.

"One can only hope that the 'new approach' of the US toward the Korean peninsula will be truly 'different'," he concluded.