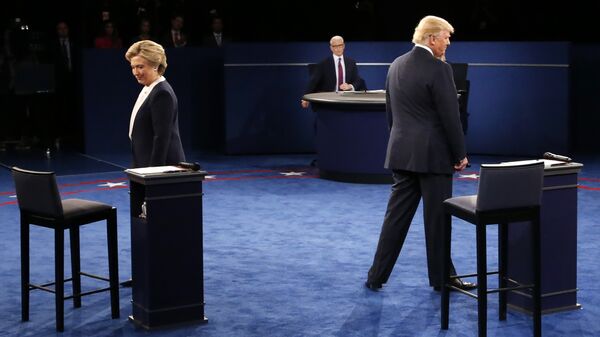 'Golden Showers,' WikiLeaks, Hacking - Congress Embraces Conspiracy Theories
During an event sponsored by the Cipher Brief, an intelligence web site, Morell declared that there is smoke, but no fire.

Morell also stated that the source of the infamous “golden showers” dossier published by BuzzFeed, former M16 spy Christopher Steele, is not credible.

Lawsuit Against BuzzFeed Over Trump Dossier Goes to Federal Court
The dossier claims that there was a video of a urine party, hosted by Trump, and secretly filmed by Russian intelligence agencies, although there is no evidence to support that any such recording exists.

"Unless you know the sources, and unless you know how a particular source acquired a particular piece of information, you can't judge the information — you just can't,” Morell explained. "I had two questions when I first read it. One was, How did Chris talk to these sources? I have subsequently learned that he used intermediaries.”

"I think you've got to take all that into consideration when you consider the dossier."

Prior to the election, Morell had claimed that Trump was an "unwitting agent of the Russian Federation."

While Morell does not believe that Trump was working with the Russians, he still believes that there was an active campaign by the Kremlin consisting of hacking and spreading “fake news” to help the now-president.