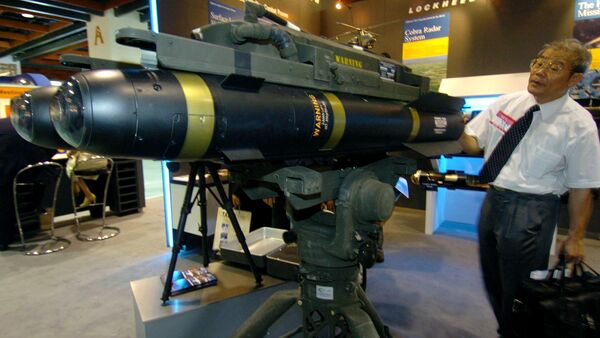 © AFP 2022 / SAM YEH
Subscribe
The United Kingdom will purchase 1,000 laser guided Hellfire missiles, along with logistical support services, for $150 million in a deal approved by the US Department of State, the Defense Security Cooperation Agency announced in a press release on Thursday.

"The proposed sale improves the UK’s capability to meet current and future threats by providing close air support to counter enemy attacks on coalition ground forces in the US.Central Command area of responsibility (AOR) and other areas, as needed," the release stated.

The AGM-114 provides precision striking against tanks, structures, bunkers and helicopters, a US Defense Department website explained. The missile can be guided towards the objective either from inside an aircraft or by lasers outside the aircraft. In US, it is carried aboard US Army Apache attack helicopters and Predator drones.

The Hellfire can be used as an air-to-ground or an air-to-air missile, according to a US Defense Department (DoD) website.