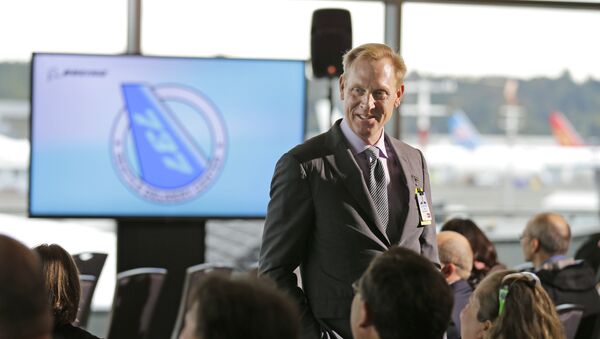 WASHINGTON (Sputnik) — US President Donald Trump announced the nomination of Boeing executive Patrick M. Shanahan as his Deputy Secretary of Defense, the White House said in a press release on Thursday.

"Patrick M. Shanahan of Washington will serve as Deputy Secretary of Defense," the release stated. "Mr. Shanahan is senior vice president, Supply Chain & Operations at the Boeing Company, where he is responsible for oversight of the company’s manufacturing operations and supplier management functions."

Shanahan in the past held a top position of Boeing Missile Defense Systems and supervised Rotorcraft Systems in Philadelphia, where he was responsible for all US Army Aviation, the release noted.

The press release added that David Joel Trachtenberg, an independent consultant in national security affairs and CEO of Shortwaver Consulting, will serve as the president's Principal Deputy Under Secretary of Defense for Policy.