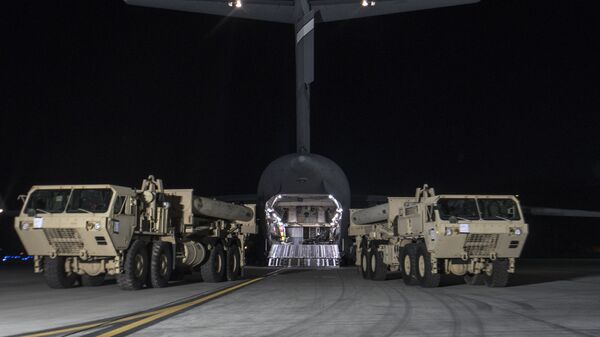 "The fact that the situation… in this region [on the Korean peninsula] is only getting worse, notably in terms of tension, proves that the approach of Washington, in particular, was not attuned to all the nuances. We have spoken about this very frankly with various representatives of Washington," Zakharova said.

Asia
Situation on Korean Peninsula Reaches 'Explosive Stage' - Pyongyang
On March 8, components for the THAAD system began to arrive in South Korea as Seoul wanted the system to be deployed rapidly in response to the threat from North Korea’s ballistic missile tests.