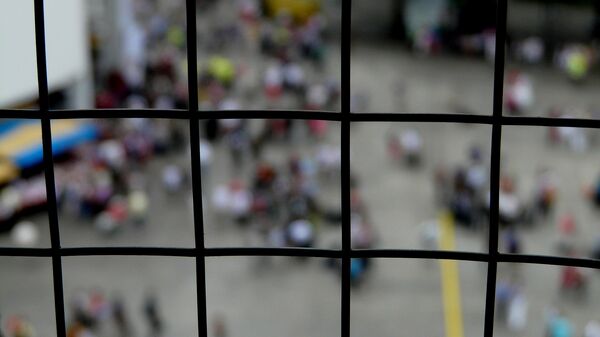 Several US officers were injured as a result of a prison riot in northern California on Tuesday.

At Least 10 Inmates Killed in Prison Riot in Brazil
MOSCOW (Sputnik) –A prison riot in Susanville, a city in northern California, has led to the injury of seven people, including correctional officers, US media report.

The riot started on Wednesday at the California Correctional Center state prison in Susanville when an officer was attacked by one of the inmates in the dining hall, WNDU-TV said.

Other inmates jointed in attacking the officers who used pepper spray to suppress the riot.

Six officers and one inmate were injured in the riot, according to WNDU-TV.