Millennials Struggling to Make Ends Meet, Some Forced to Sell Clothes to Eat 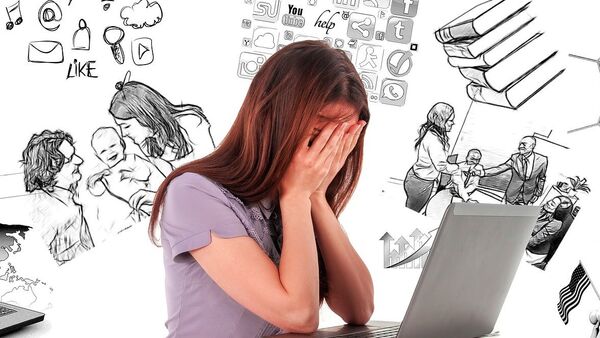 © Photo : Pixabay
Subscribe
New figures show people born after 1983, also known as millennials, are more likely to have borrowed money from friends and family or sold their possessions in order to pay their bills.

Brexit Babes: UK Parents Worried About Children's Future Once Britain Leaves EU
The survey, conducted by an international broker Norton Finance, revealed that over a third of 18-34 years old have been forced to go without food and heating as salaries have failed to increase, yet the cost of living has.

Paul Stringer, managing director of Norton Finance has said that this research gives a glimpse into how millennials are living and the reasons why.

"With this piece of research we wanted to take a snapshot of British finances, looking at how each generation is handling their money," Paul Stringer, said in a recent interview.

"It struck us that the younger generation is having a tough time at the moment, something that's evidenced in headlines on a regular basis," Mr. Stringer added.

One in Five Working Brits Think They Couldn't Afford Retirement, Survey Reveals
The problem is not just about young adults not being able to afford certain things, at least 40 percent of those questioned in the survey admitted to spending beyond their means.

The average British salary showed a minimal 0.3 percent increase in January, but most regional incomes have fallen significantly over 2016. London in particular, saw a decline of more than 4 percent, with job vacancies exceeding 244,000.

Rising costs have caused many millennials to live on the breadline and meant they find it hard to make ends meet. The average cost of renting a one-bedroom home in the UK amounts to US$977 a month.

Some experts believe that these prices will only increase, especially after Britain leaves the EU. Also the drop in the value of the pound and the rise in inflation has not helped matters.

The chances of millennials buying their own home and getting rid of credit is an impossible task.

"We're seeing a drop in home ownership in those aged between 25 and 34 and many members of this generation are coming out of university with a large amount of student loan debt," Stringer added.

Retirement is also a luxury, with one in 10 young people believing it will be unlikely that they will ever retire.

000000
Popular comments
We should not assume that the Millenials are all Europeans. Also, they are very different among themselves, and among the various countries. However, they are all a target group by the globalist United Nations. No wander they are all brainwashed so clean, they have no sense of direction.
Athanasios
16 March 2017, 21:17 GMT2
000000
They supported mass migration- now let them live the third world lifestyle as the elites who conned them snigger. Self righteous Millenials are too thick to realise they're the prime losers. Idiots. What did the EU ever do for them? Nothing.