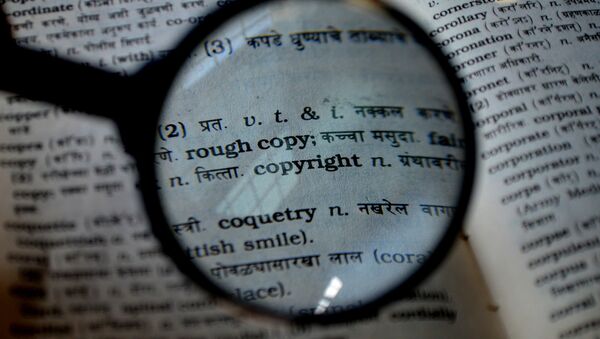 As sinologist Mikhail Korostikov told Sputnik, these measures are expected to help stimulate innovations and business activity in the country.

According to the report, the Chinese authorities have made considerable strides in the intellectual property protection during last year, which will afford better protection to the rights of authors, inventors and brand owners.

It should be noted that in 2016 China’s intellectual property rights system was tested by a number of high-profile trials.

For example, legendary US basketball played and movie star Michael Jordan managed to successfully sue Chinese company Qiaodan Sports which in 2012 had illegally used his name as a sports wear brand. The court ruled that the company violated the Chinese law on brands by using the Chinese spelling of Jordan’s surname. However the judges have also decreed that Michael Jordan does not have exclusive rights on the aforementioned surname’s spelling in Chinese.

Also, in 2016 Chinese courts have reviewed 147,000 cases on copyright violations, while 29 of the country’s regions have established an information network in order to share information matters related to the protection of intellectual property rights, the report adds.

In 2015 the Shanghai Intellectual Property Court has uncovered that Burberry, Louis Vuitton, Gucci, General Electric, Hewlett-Packard and Microsoft brands are among the favorite targets of Chinese pirates, and the number of court hearings on copyright infringement increases each year by 20 percent.