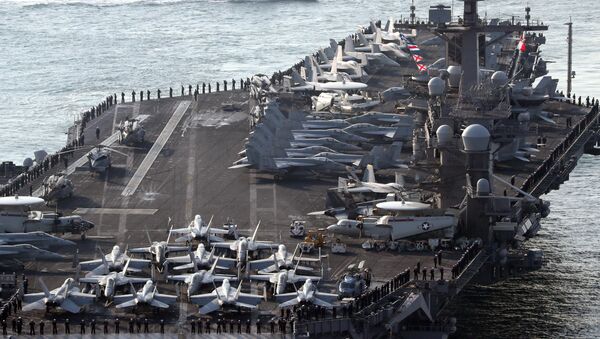 The US aircraft carrier Carl Vinson will join the annual US-South Korean military exercises following a port call in the South Korean city of Busan, the US Navy announced in a press release on Wednesday.

"Assets from the USS Carl Vinson Carrier Strike Group and other United States forces will conduct bi-lateral exercises with forces from the ROK [Republic of Korea] Navy in the waters around the Korean peninsula during the annual Foal Eagle exercise," the release stated.

The Carl Vinson has deployed to the region and has operated in the South China Sea during 16 separate deployments over its 35 year history, the release noted.